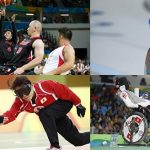 The Paralympic Games in Tokyo will be the biggest and the most exciting ever held.

Over just 12 days, from the following day of the Opening Ceremony on 25 August until 6 September, 22 sports and 540 events will contest featuring a record 4,400* 2 athletes.

The most popular sports spread throughout the Games so spectators can enjoy the dramatic highs and lows from the beginning to end.

Overall, events schedule so they are more accessible to families and a wide range of other people.

In addition, in order to prioritise athlete conditioning at the Games, the marathon and triathlon races will hold early in the morning.

Tokyo 2020 took a holistic approach when compiling the schedule, taking into account the athletes’ experience and well-being, technical rules and regulations of the various international federations, gender balance, the popularity of individual sports in Japan, operational considerations, and the global TV audience. 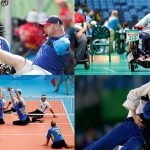 Tokyo 2020 Paralympic Games ticket sales for residents of Japan are set to start in summer of 2019 and there are plans for the updated schedule for all 540 medal events* 3 to be published by then.

The Paralympic Competition Schedule by session approved today is subject to change after further adjustments.

On 26 August 2020, a day after the Opening Ceremony, competition in seven sports will begin:

Athletics (track and field), will enliven the Olympic Stadium each day from 28 August to 5 September.

Another widely popular sport, boccia, will hold from 29 August to 5 September. 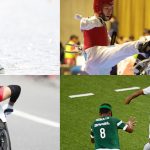 As part of the IPC’s drive to increase opportunities for athletes with high support needs, the cap for the number of athletes in the sport has increased by eight since the Rio 2016 Paralympic Games taking it to a total of 116.

On the morning of 29 and 30 August, triathlon will hold over its most urban course in the history of the Paralympic Games yet.

The race will run around the Odaiba district next to Tokyo Bay, allowing the athletes to compete in front of a fantastic backdrop of Tokyo’s skyscrapers.

During the middle phase of the Games, the highlight will be the wheelchair rugby final which will be held from 6 PM (JST) on the first Sunday after the Opening Ceremony.

There are increasing expectations for the Japan team which defeated the Rio 2016 gold medallist Australia team and became world champion this year.

The wheelchair rugby final, as well as other team sport finals, have traditionally played at the end of the Games, but at Tokyo 2020 some schedule in the middle to build excitement for the events to come.

The courses will vary slightly from class to class, but they will all start and end at the Fuji International Speedway that sits near the foot of the iconic Mount Fuji.

All courses feature a number of gradients and downhill sections and are likely to provide some spectacular competition.

Badminton and taekwondo, which have added to the Paralympic sport programme for the first time, will hold in the second half of the Games.

Many semi-finals and finals for various sports will take place in the latter half of the Games and will ensure there is plenty of exciting action all the way to the end of the Games.

The finals of wheelchair tennis will be on 4 and 5 September.

Wheelchair basketball will be one of the final high points of the Games.

Its women’s and men’s finals will play on 5 September and 6 September, respectively.

The men’s and women’s marathon will hold on the morning of the Games’ final day.

The event features the powerfully built wheelchair racers who can push their chairs to speeds of 40km per hour, as well as the teamwork on display between the visually impaired runners and their guides.

Runners will pass through the heart of Tokyo – the world’s largest metropolitan area with a population of nearly 35 million – competing among some of the capital’s most iconic landmarks, providing an unforgettable experience for the athletes, as well as for spectators along the route and those watching on their screens around the world.

Yoshiro Mori, President of Tokyo 2020, commented, “The Paralympic Competition Schedule for 12 days of fierce competition between a record 4,400 Paralympians from around the world has framed.

22 sports schedule, spread in a well-balanced manner across the length of the Games, so spectators can enjoy the dramatic highs and lows from beginning to end.

From now on, I would like people from around the world to look forward to the Games.

“We believe that watching a powerful display of sporting prowess on-site, with the high performances of Paralympians who are pushing their limits to create the drama of the Games, will be an experience that reaches many people’s hearts.

“I would like to thank those who involved over a long period of time in the coordination of the competition schedule, including the IPC and IFs.

Tokyo 2020 will continue to work on further preparations for the Games.”

*1 The Paralympic Competition Schedule by session outlines the start and finish times of each session, and is subject to change.

The more detailed schedule by event will identify the individual times of specific events (e.g. heats, semi-finals, finals, classification matches) that will take place within each session.

*2 Is the number of athletes set for the Tokyo 2020 Paralympic Games.

It may differ from the actual number of athletes who will participate.

*3 The Paralympic Competition Schedule by event indicates the start and finish times of each event within each session.

Yoshiro Mori, President of Tokyo 2020, commented, “The schedule for 12 days of fierce competition between a record 4,400 Paralympians from around the world has framed. —- OC tokyo2020