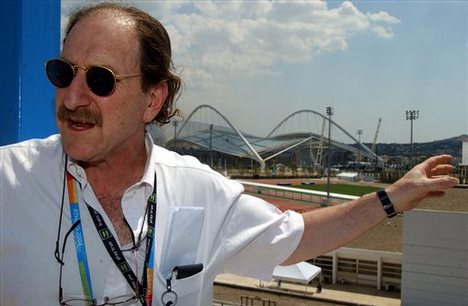 Lausanne (SUI), April 13, 2012: The International Olympic Committee (IOC) is pleased to announce that it has chosen a successor to replace Dr Patrick Schamasch as IOC Medical and Scientific Director.

Dr Richard Budgett will join the organisation on 1 October following the completion of his work as Chief Medical Officer at the London Organising Committee for the Olympic Games (LOCOG). Dr Schamasch will retire later this year after 27 years in the service of the IOC.

IOC President Jacques Rogge said: “Dr Schamasch will leave the IOC after many years of outstanding service. We are pleased to have found such a capable replacement in Dr Budgett, with whom we first became acquainted as an Olympian and later through his work with Team Great Britain and LOCOG”.

In his capacity as Chief Medical Officer for LOCOG, Dr Budgett attended both the Beijing and Vancouver Olympic Games as part of the IOC Medical Commission Games Group, where he saw first-hand how the IOC and its Medical Director work.

Dr Budgett will be attending his 12th Olympic Games this summer in London, having first participated as a rower at the 1984 Los Angeles Games, where he won gold in the four-oared shell with coxswain event. He was the team doctor of the British bobsleigh team in 1992 and 1994 before becoming Chief Medical Officer of Team Great Britain for the Games in 1996, 1998, 2000, 2002, 2004 and 2008. He trained in General Practice, has worked in sports medicine since 1989, and is a specialist consultant in sport and exercise medicine. Image: article.wn.com