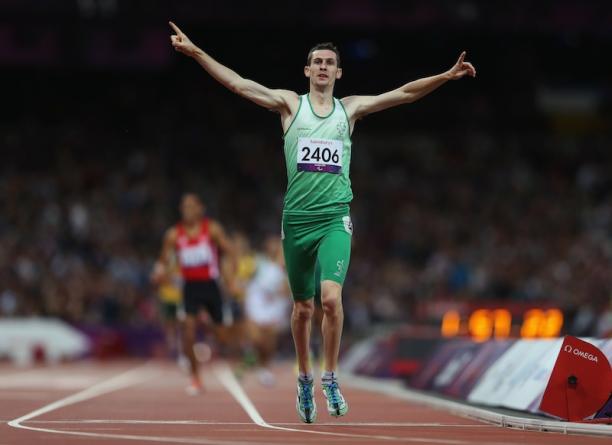 The IPC Athletes’ Council is made up of nine athletes in total, which includes the aforementioned six summer athletes and three winter athletes, as well as chairman Bob Balk.

“We act as a liaison between the IPC decision makers and Paralympic athletes, and contribute to effective decision making at all levels of the IPC. It’s a very important role and it’s great for these athletes to step up and contribute their thoughts.

“I congratulate all of them for their contribution to the IPC and for representing the athletes going forward.”

As the liaison between IPC decision-makers and Paralympic athletes, the Athletes’ Council works to provide effective input into decision-making at all levels of the organisation. To this end, the Council works to ensure effective athlete representation on all IPC committees and commissions as well as to create other opportunities for athlete representation both within and outside the IPC.

The elections took place from the 27 August through 7 September, with 1,970 athletes placing their votes, representing a 46 per cent overall turnout. After being re-elected, seven-time gold medallist Chui Yee stated her high hopes for the future of Paralympic sport.

“I am so happy to be elected for a second time for the Athlete Council representative,” she said.

“While I am here I would like to encourage every athlete to communicate with us to tell us what they want and what they need, so that we can try to figure out and voice their opinion to the governing bodies in order to improve the Paralympic games and improve disabled sport.”

He said: “I would like to reiterate that as well, I think it is an immense honour for us to have the opportunity to be the voice of our fellow athletes in the Paralympic Movement.”

“I think as far as working together, I think it is something that we can continue in the Paralympic Movement, and I am really looking forward to that.” The three winter sport council members will be re-elected at the Sochi 2014 Paralympic Winter Games.

The final winners for the Whang Youn Dai Achievement Award have been selected by the International Paralympic Committee (IPC).

Ireland’s Michael McKillop and Kenya’s Mary Nakhumicha Zakayo were chosen as the athletes who exemplified the best spirit of the Paralympic Games, and they will both receive a gold medal at the London 2012 Closing Ceremony on Sunday (9 September), which will be presented by IPC Vice President Greg Hartung and Dr. Whang Youn Dai. Zakayo, who competes in javelin and shot put F57, has helped changed the face of Paralympic sport in Africa.

“Because of my success in field events more women with disabilities in my community and in Kenya have shown interest in sports,” Zakayo said. “People with disabilities, especially women are now getting involved in sports not just in athletics and field events but also in other sports as well like wheelchair basketball and sitting volleyball.

McKillop, who lit up the Olympic Stadium in London with gold-medal winning races in the 800m and 1,500m T37 events, consistently dedicates time to helping and encouraging thousands of school children throughout Ireland. He believes all Paralympians should help promote their own sports and serve as role models for the next generation.

Thirty-nine participating countries nominated 58 athletes for the award, for which the Whang Youn Dai chose the finalists and the IPC chose the winners from there. The other male finalists were Egypt’s Sherif Othman and South Africa’s Oscar Pistorius, and the other female finalists were Great Britain’s Di Coates and Spain’s Teresa Perales.

The final two winners were chosen by an independent panel of judges comprised of Hartung and two IPC Governing Board members, Rita van Driel and Ann Cody.

The mission of the Whang Youn Dai Achievement Award is to enhance the will of people with an impairment to conquer their adversities through the pursuit of excellence in sports and through the Paralympic Games. These two winners have shown exceptional qualities that represent this award.

There will be a press conference at the London 2012 Main Press Centre at 13:00 on Sunday (9 September), which will include both athlete winners, as well as Dai, the founder of the Award, and Justin Jeon, Secretary General of the Award Committee. —- IPC