Home  »  OLYMPIC   »   Situation of the Olympic Movement in Pakistan 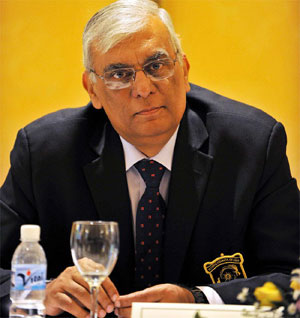 During this meeting, all aspects of the situation currently prevailing within the Olympic Movement in Pakistan were carefully reviewed and it was noted and determined that:

– As a consequence, the IOC and OCA reiterate their full support to the legitimate POA – headed by Lt Gen. (Retired) Syed Arif Hasan – which is the sole and unique body recognised by the IOC and which has exclusive jurisdiction to deal with any Olympic-related matters in Pakistan, including but not limited to constituting, organising and leading its delegation at the Olympic Games and at the regional, continental or world multi-sports competitions patronised by the IOC (including all IOC events and OCA events), as mentioned in the Olympic Charter.

– No body other than the IOC-recognised POA can claim to exercise any Olympic-related activities in Pakistan and/or designate itself as an “Olympic” body and/or use the Olympic rings or any of the properties which belong to the IOC or the POA. Any potential disputes affecting the Olympic Movement in Pakistan should be dealt with through dialogue and mutual understanding within the competent bodies and legitimate structure of the POA, which will be facilitated by IOC member Syed Shahid Ali.

– The Government of Pakistan was invited to attend this meeting but, unfortunately, did not reply to the invitation extended by the IOC. In spite of this, it was agreed that the POA would make another effort and continue doing its best to establish fruitful dialogue with the Government of Pakistan and find good solutions for the future which are fully compatible with the principles and rules which govern the Olympic Movement and, in particular, the principle of autonomy of the Olympic Movement.

IOC member Syed Shahid Ali and POA President Lt Gen. (Retired) Syed Arif Hasan will work in close collaboration to ensure that the above-noted resolutions of this meeting are respected and implemented by all entities and individuals who desire to be part of the Olympic Movement in Pakistan. —- IOC