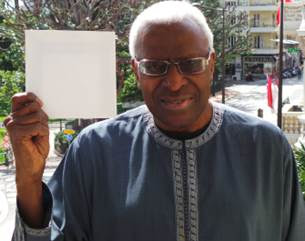 Lausanne, Nov 10, 2015: The International Olympic Committee (IOC) is closely monitoring the situation after the Independent Commission of the World Anti-Doping Agency (WADA) released its report on 9 November. The IOC expects the International Association of Athletics Federations (IAAF) and WADA to consider all necessary action to be taken to protect the clean athletes and rebuild trust.

Even if it has not been directly addressed in the report, the IOC has already decided to take the following steps itself:

The IOC’s Executive Board decided this afternoon to confirm the proposal of the IOC Ethics Commission to provisionally suspend Lamine Diack, the former President of IAAF, from his honorary membership of the IOC.

As far as the Olympic Games may be concerned the IOC Executive Board decided:
The IOC has asked the IAAF to initiate disciplinary procedures against all athletes, coaches and officials who have participated in the Olympic Games and are accused of doping in the report of the Independent Commission. With its zero-tolerance policy against doping, following the conclusion of this procedure, the IOC will take all the necessary measures and sanctions with regard to the withdrawal and reallocation of medals and as the case may be exclusion of coaches and officials from future Olympic Games;

The IOC studied the functioning of the WADA accredited laboratory in Sochi during the Olympic Winter Games 2014 following the doubts expressed during the Independent Commission’s press conference. In this context the IOC relies on the then report of the WADA independent observer group which makes no mention of any such irregularity. Nor was any such irregularity reported by the international experts involved, nor found by the IOC itself. Therefore, the IOC has no reason to question the credibility of the results of the anti-doping tests carried out at the Olympic Winter Games 2014. However, the IOC retaining all the doping samples for ten years, will retest samples in an appropriate way should substantial doubts arise.

In any case, the IOC may retest samples once new scientific techniques become available. —- IOC