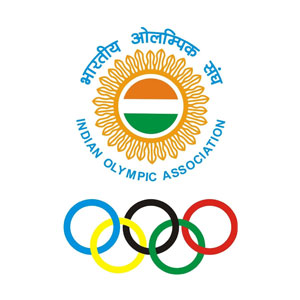 Sochi, Feb 11, 2014: The IOC Executive Board (EB) reinstated the National Olympic Committee (NOC) of India, the Indian Olympic Association, during an ad-hoc meeting in Sochi today.

The EB took this decision following a report about the IOA’s General Assembly and elections for a new Board, which were successfully held on 9 February 2014 and observed by an IOC delegation headed by IOC member Robin Mitchell. The IOC observers told the EB members that the elections were held in full respect of the recently passed NOC constitution, which complies with all IOC requirements, including the clause that no person convicted or charge-framed can run for a position within the organization.

It is the first time in Olympic history that a suspension of an NOC has been lifted during an Olympic Games, and the decision will have an immediate impact. Indian athletes entered the Sochi Games under the Olympic flag during the Opening Ceremony on 7 February 2014, and have competed as Independent Olympic Participants. The EB decision means they can now compete for the National Olympic Committee of India and will walk behind their national flag at the Closing Ceremony on 23 February.

To symbolically mark the lifting of the suspension and in recognition of the three Indian athletes competing in Sochi, the Indian flag will be raised in the Olympic Village.

Narayna Ramachandran, President of the World Squash Federation, has been elected as the new President and Rajeev Mehta and Anil Khanna chosen as the new Secretary General and Treasurer respectively.

The IOA was suspended in December 2012 due to its failure to comply with the Olympic Charter (http://www.olympic.org/documents/olympic_charter_en.pdf) and its statutes, relating specifically to good governance. As a consequence, the IOA was no longer entitled to exercise any activity or right, including financial support, conferred upon it by the Olympic Charter or the IOC, since that date. —- IOC