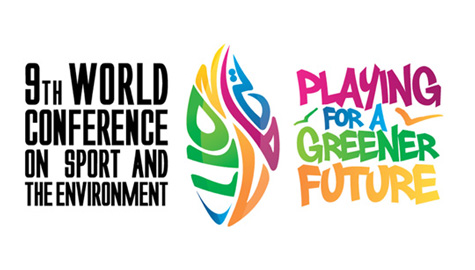 DOHA, QATAR: The 9th World Conference on Sport and the Environment was organised in Doha, Qatar, by the International Olympic Committee (IOC), in partnership with the Qatar Olympic Committee (QOC) and the United Nations Environment Programme (UNEP), from 30 April to 2 May 2011. About 600 delegates from National Olympic Committees (NOCs), International Federations (IFs), Organising Committees for the Olympic Games (OCOGs), governmental and non-governmental environmental organisations and educational institutions participated in this Conference, making it the biggest of its kind. Under the theme “Playing for a Greener Future”, sessions were held and presentations made in plenary and dialogue sessions in which participants contributed in a spirit of cooperation, friendship and informed debate. They resolved to adopt the Doha Declaration and the following statement, whereby the participants:

1. Express their gratitude to His Highness The Emir, Sheikh Hamad Bin Khalifa Al-Thani under whose authority and patronage the Conference was held;

2. Thank the Qatar Olympic Committee, especially its leadership, for providing participants of the resources and facilities that made it possible for the Conference to be held successfully;

3. Commend the Qatar Olympic Committee for organising an environment friendly conference and providing the QOC Code for Green Sports Venues to the sports world;

5. Thank His Highness Sheikh Tamim Bin Hamad Al-Thani for the excellent organisation and outstanding hospitality and request that he convey the same to service providers, management and staff, and volunteers of the Qatar Olympic Committee for their sterling service.