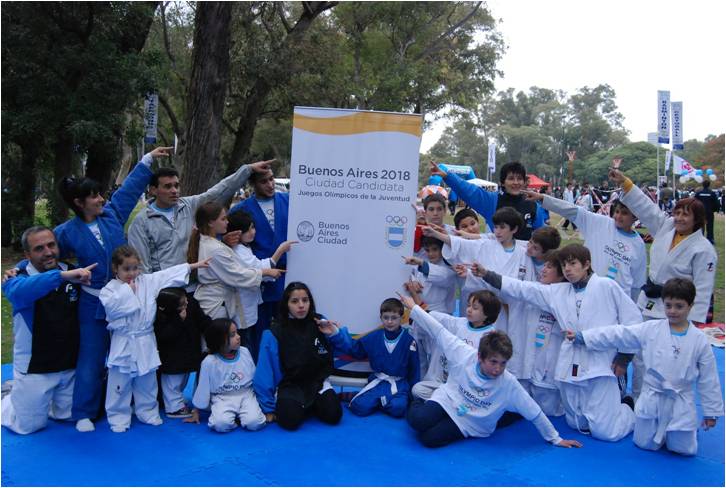 The messages of support by Buenos Aires 2018 were expressed with banners displayed across the open spaces of Buenos Aires city centre.

Mauricio Macri, Mayor of the City of Buenos Aires, said: “I want to wish all the athletes who are representing Argentina in these Olympic Games the very best of luck.

“The example of these athletes is inspiring. All the Argentinians are part of the same team.”

Mr. Macri also offered his congratulations to London 2012 organisers: “Watching such a relevant event inspires us to keep on working to host the Youth Olympic Games in 2018”.

Buenos Aires’ bid to host the 2018 YOG signals the Argentine Olympic Committee and the nation’s clear commitment to the ideals of the Olympic Movement and the positive values of the Youth Olympic Games.

The IOC will announce the shortlisted cities in January 2013 and the 2018 Youth Olympic Games Host City will be announced in June 2013. —- Sujit Jasani/VERO Communications