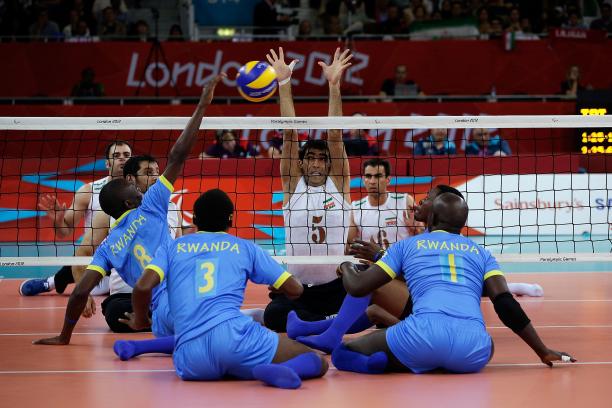 New York – USA, June 07, 2013: UN Secretary General Ban Ki-Moon praised the International Paralympic Committee’s (IPC) efforts to inspire the world and change attitudes toward people with an impairment during a speech on Wednesday (5 June) at the International Forum on Sport for Peace and Development at the UN’s headquarters in New York, USA.

The two-day forum was organised by the International Olympic Committee (IOC) and the UN Office on Sport for Development and Peace (UNOSDP), with the support of the United States Olympic Committee (USOC). This year’s event had the theme of “Creating a Common Vision.”

“The International Paralympic Committee has done excellent work over years to break down negative stereotypes and build positive attitudes. It is important that we work to build societies where all people, no matter their disability, can enjoy the right to play sports – and live their lives – in safe, inclusive environments.”

Ki-Moon discussed how to enhance the relationship between sport and global development, talking about sport as a tool for peacekeeping, justice and fairness.

IPC President Sir Philip also spoke at the forum, sharing how the IPC’s vision of inspiring and exciting the world was fully played out in London in front of a record 2.78 million spectators and a cumulative global TV audience of 3.8 billion in over 115 countries.

Sir Philip said: “People around the world had fun watching high-class sport that simply wiped away any negative perceptions of people with an impairment from their minds.

“Not only is the IPC’s vision being spread at the elite level, but also at the grassroots level of para-sport, where the same spirit is being displayed in our Agitos Foundation development camps and nations which are developing National Paralympic Committees.”

Last year the UNOSDP enhanced their relationship with the IPC, holding three Youth Leadership Camps for community workers at sport and sport development organisations in Africa and the Middle East. Further camps are expected to be held in future years.