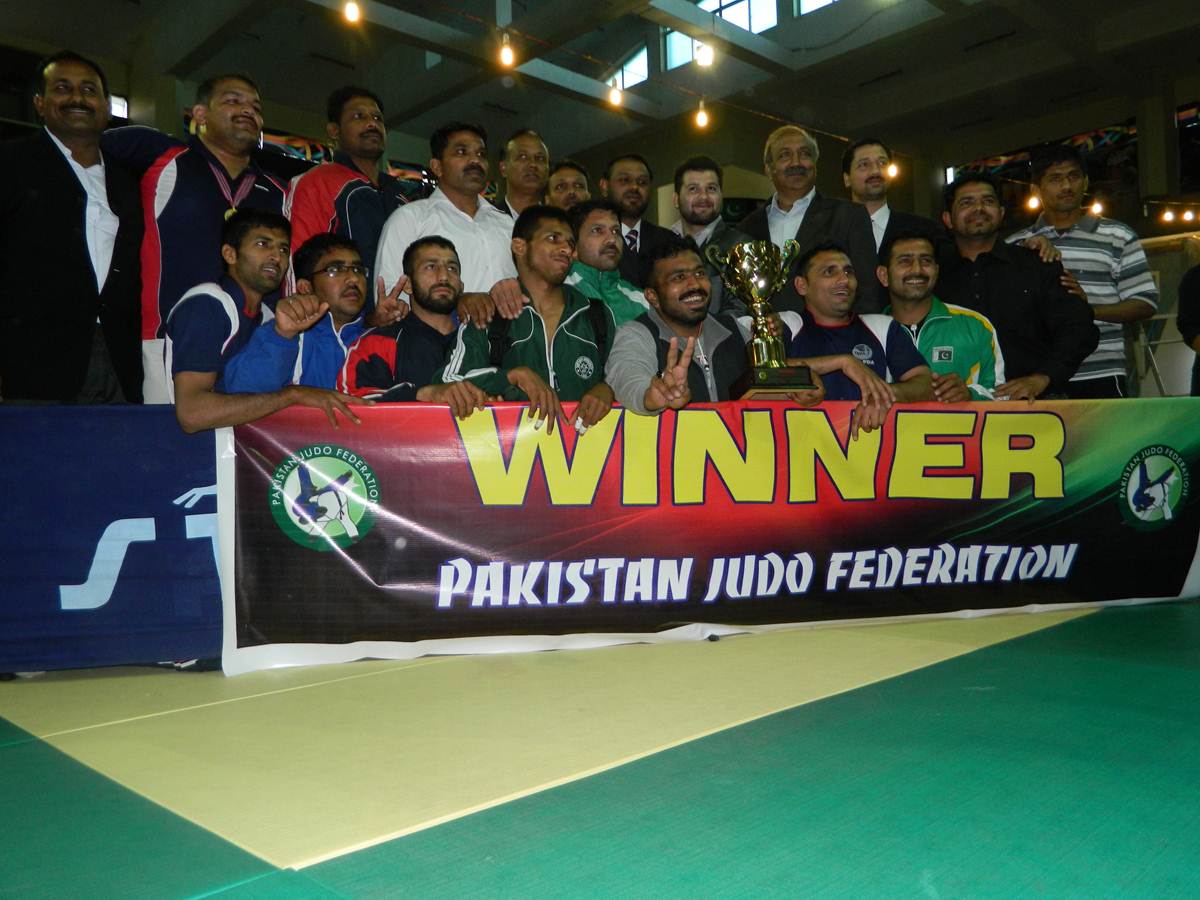 According to PJF, top 11 Teams of the Nation have participated in the Championship from all over Pakistan in which IJK participated for the first time:

Today the contestants have competed for -55, -60, -66, -73 and Open Weight categories in which Wapda team stood 1st by winning with 115 points and 2-Gold & 2-Silver Medals, whereas Pak Army Judo team got the 2nd Position with 112 Points and having 2-Gold & 2-Bronze Medals and 3rd Position was captured by H.E.C Judo team with the 18 Points on the Point Table with 2-Bronze Medals.

In the end the Presents and Medals were distributed among the Judokas and appreciated the Judokas Game along with the Organizers and hoped that on National Level they will present even better than that in future.

FOLLOWING IS THE FINAL POSITION OF THE ALL PARTICIPANTS: