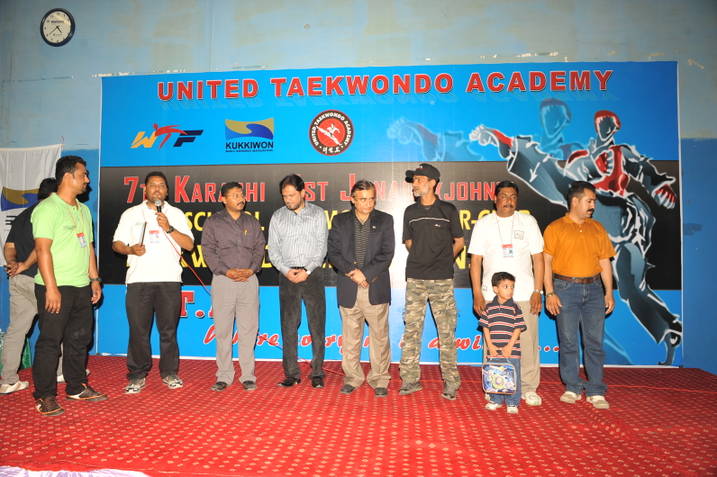 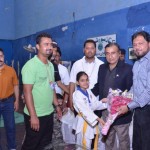 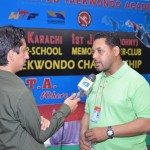 The event started by few verses of holy Qur’an at 9:30 a.m. followed by the opening speech of the president United Taekwondo Academy who organised the championship, later the organizing secretary and Head technical committee Jawed Khalid & Kamran Zahid Khan gave final instructions to the referees and volunteers, after that the participants were shown a promotional Taekwondo video on the projector, finally the competition begun at 10 a.m.

The competition was held according to the World Taekwondo Federation (WTF) rules & regulation, in two categories (Sparring) & (Breaking).

SPARRING: in sparring competition, participants were divided first by gender, then by age, belt and weight with maximum 3 kilo grams variation, as the participants practice only at the school on weekly basis the sparring bouts were of 1 minute each only. The medals were to awarded 1st 2nd 3rd & 4th positions!

Team trophies were not awarded on the same day due to shortage of time and incomplete paper work! Team positions were announced the following week. Winners were at 1ST place the Intellect School 2ND International School of Studies and 3RD The C.A.S. School.

Medals were distributed by the honourable guests Taekwondo Master Khalil Jibran and Col. Bilal Usmani. They both appreciated the remarkable efforts of United Taekwondo Academy to Organize and conduct such mega event so efficiently in one day!