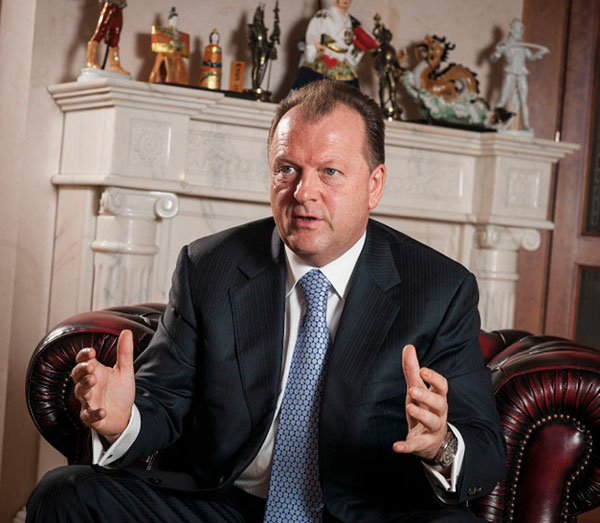 Budapest – Hungry, May 23, 2013: Candidate, A few days before the elections, the atmosphere seems quite tense for St. Petersburg, especially with the ARISF elections, the decision of the IOC Executive Board in regards to the sports shortlisted for the Olympic Program in 2020, as well as, on the last day of the Convention, the elections for the SportAccord Presidency.

Concerning SportAccord, I consider that the representatives of the member international federations will vote with honor for the sport that they represent, making abstraction of all possible arbitrary interests or external influences that are not for the benefit of sport.

They have the option to vote for maintaining a SportAccord like it used to be in the past, manipulated from behind, with no perspectives, with insignificant funds, generated through controversial events and without generating a profit for the member federations, a SportAccord with important members but who do not have the possibility to express themselves in the sense of real projects, a SportAccord that almost nobody heard of, besides its members, unknown to the sports media and the media in general, with certain limited, expired and under-performing leaders, supported from the shadows…with leaders reconverted into positions where they would continue to parasite the values of sport.

With decisions dictated from outside or imposed, with leaders who keep being manipulated and who do not serve the interests of our organization.

A SportAccord which is a well-known world brand, even re-branded, a modern structure, with a clear and prosperous vision, a new and performing SportAccord, free and independent, that cannot be manipulated, which would strictly serve the interests of its members and their organization:

– With a strong brand that would be popular, respected, advertised, appreciated and attractive on the marketing and media market

– An organization with identity, value and continuity

– With programs and development structures at all levels

– With events that generate and not consume resources

– With structures and events at all levels

– With strong and stable strategic alliances, so that when we sit at a negotiation table, we represent a powerful and united family

– A free and independent SportAccord, managed in a professional, transparent and performing way

Man’s most valuable assets are honor and conscience. The cause that we each represent at our level should always be guided by:

– The spirit of freedom of expression and decision

– The interests and the benefit of the communities that we represent