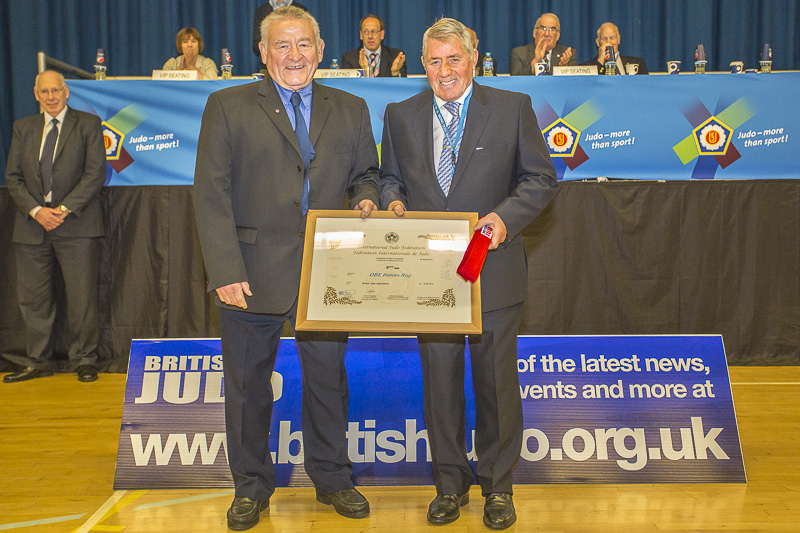 Two of the most highly-regarded figures in the history of British Judo, Roy Inman OBE and Colin McIver, were recently promoted to 9th Dan (Kyudan) in a special presentation by famed judo icon and 10th Dan (Jūdan) George Kerr CBE. 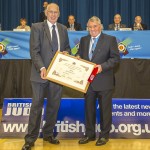 Lausanne, June 2013: The presentation poignantly took place at the London British Open (European Cup) in April, an event where the duo enjoyed some of their greatest moments as competitive judoka.

Colin McIver, who was born in West Kilbride, Scotland, won national titles and competed at the 1967 World Championships in Salt Lake City which helped him earn a reserve spot for the 1972 Munich Olympic Games.

McIver was a national coach for Great Britain at the 1984 Los Angeles Olympic Games where the team won a silver (Neil Adams) and two bronze medals (Neil Eckersley and Kerrith Brown).

Spells as national coach and Chief Executive of the Scottish Judo Federation followed along with a successful run as the British Judo Performance Director from 2004-2007 which prominently included Craig Fallon holding World and European titles simultaneously. The new 9th Dan is currently the Technical Director of the British Judo Association.

His decorated fellow recipient Roy Inman OBE started his career in 1964 at London’s world-famous Budokwai, the oldest continuously running judo club in Europe. Inman was a standout British international for 12 years during which time he collected national titles and was selected to compete at European and World Championships.

Inman earned plaudits the world around for his work as a national coach for Great Britain as he led his charges to the top of the sport. His judoka won four medals at the 1988 Seoul Olympic Games where judo was a demonstration sport for women and established themselves as pioneers in elite level women’s judo.

Inman was awarded UK International Coach of the Year in 1991 and a year later was awarded an OBE for services to sport from Her Majesty the Queen. The richly-deserved promotion sees both men join fellow British luminaries Geoffrey Gleeson, David Alan Petherbridge, Percy Sekine, David Starbrook and Tony Sweeney who have all received the 9th Dan distinction.