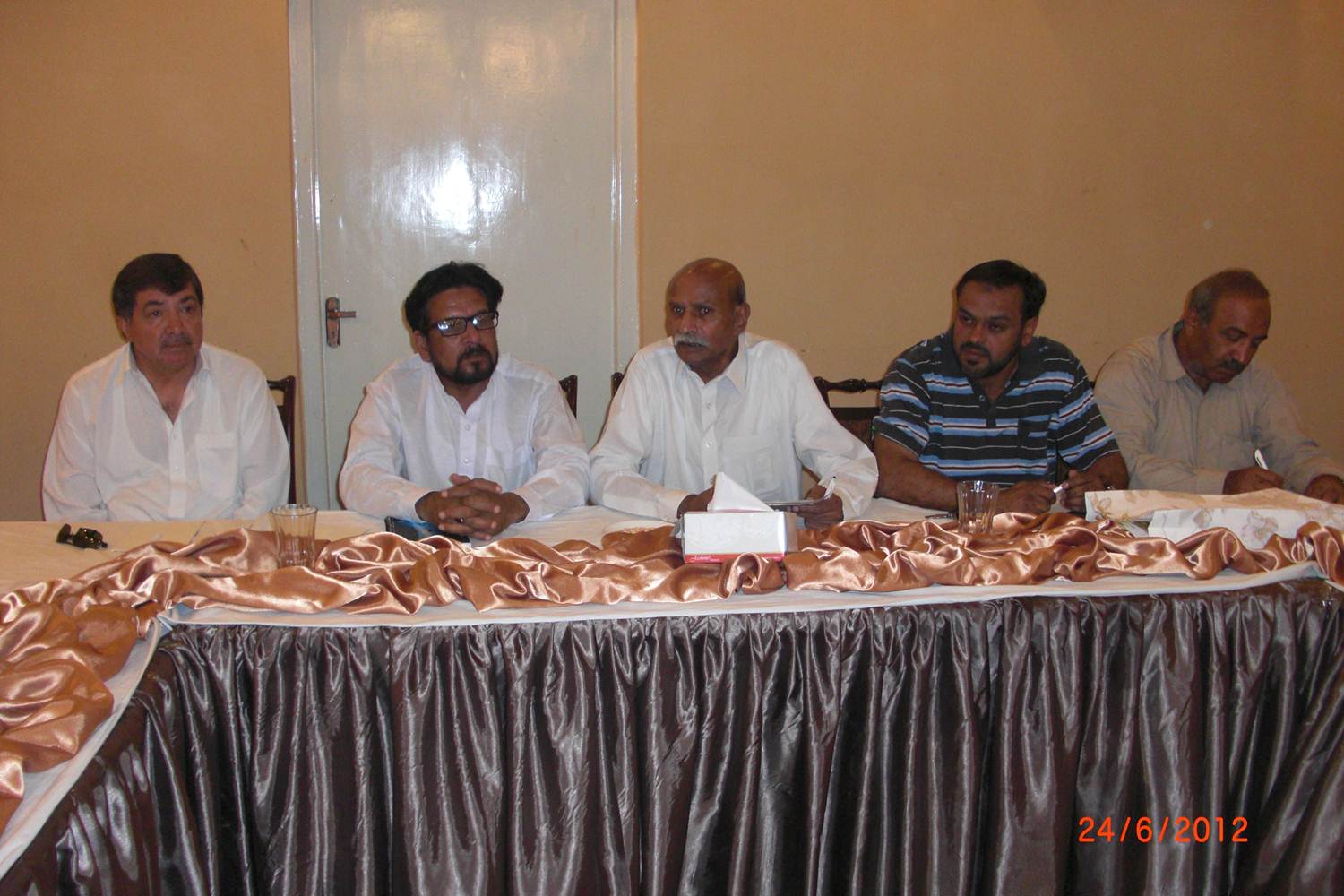 (By PJF), Peshawar – Khyber Pakhtunkhawa, Pakistan, June 25, 2012: In the meeting, Minutes of the last K.P executive body meeting, Secretary-K.P Judo Association reports for the last 4-years, development of K.P. Judo website, Pakistan Sports Policy discussed, for the month of Sept/Oct-2012 G. C. meetings of K. P are called. It is also confirmed that there is no other parallel association on the name of K.P Judo Association is active and the present working body got full vote of confidence and these decisions were unanimously approved by Shahzada Naeem Latif, President and Secretary, Masood Ahmed. On this occasion, PJF representative Mr. Zareef Ahmed was also present as an observer. And many other Personalities relating to different association of K.P were also present.

During the meeting a question was asked by a person that on 28th, June, 2012 Khyber Pakhtunkhawa Olympic Association meeting is going to be held in which a new KPK Judo body is going to be develop, is it true? In reply, it is answered that there is no other K.P Judo Body, and in explanation, the Vice President-K.P. Judo Association Salamat Ali Jafri said that K.P Olympic Association President who is our leader, Syed Aqil Shah is not aware of this, so it might be on going by the sub ordinates of him, this might be misconception. This was also condemned by the house and requested to the president, K.P. Olympic Association to take the notice of this parallelism of the sub ordinates who are promoting it.