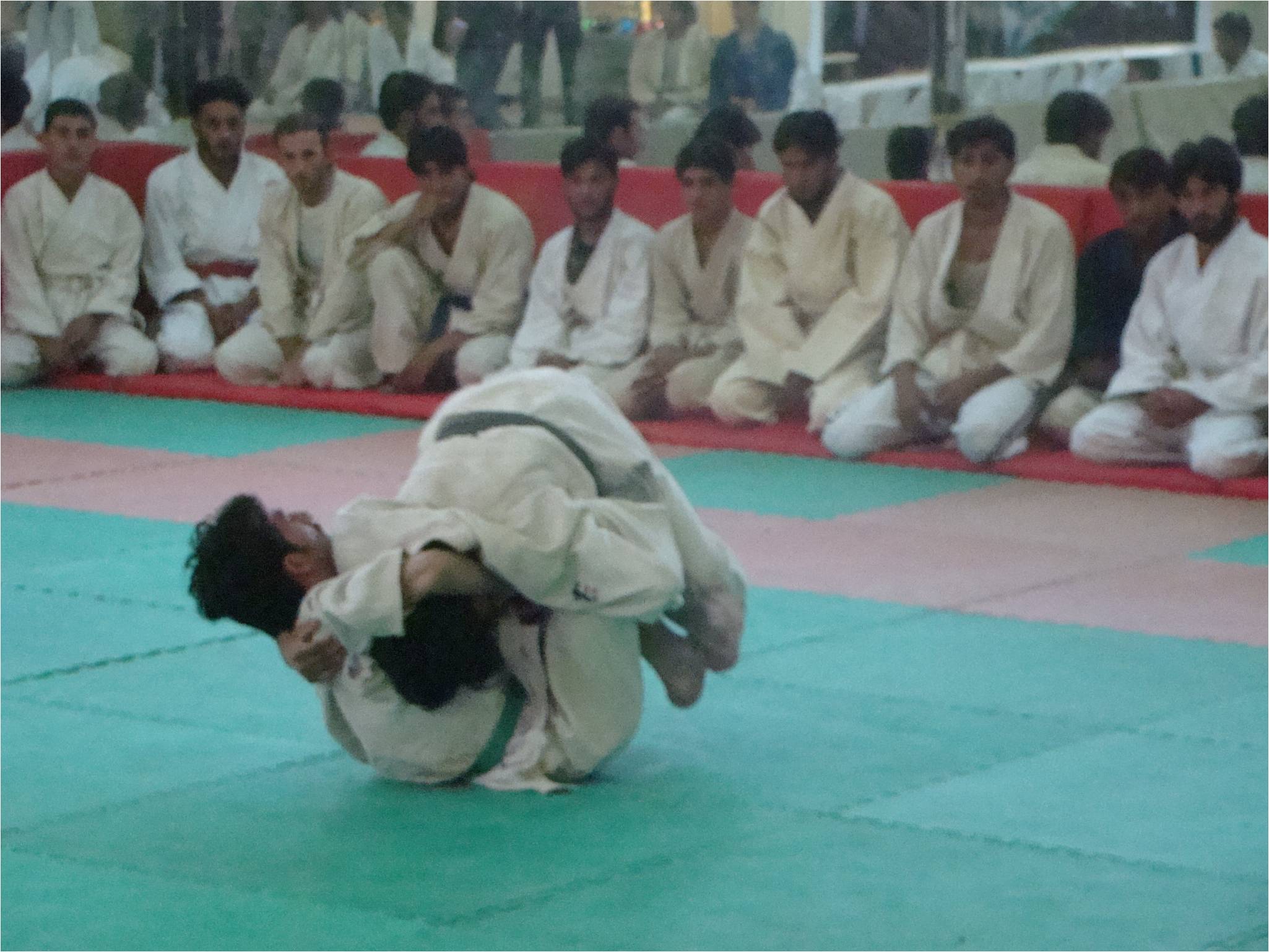 All the Players and Officials in respect of the Independence day, revolving the PAK-FLAGS all over. The Chief Guest Dr. Inam Qadri, Vice President-K.P. Judo Judo Association and Dr. Salamat Ali Jafri were present. They distributed the Presents among the Judokas and appreciated the Judokas Game along with the Organizers and hoped that on National Level they will present even better than that.