The fight night was a joint promotion between Brave 18 and WFCA 54.

The opening bout in the card for Brave Combat Federation featured the promotional debut of latest talents from Sweden and Austria, Khamzat Chimaev and Marko Kisic. 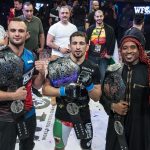 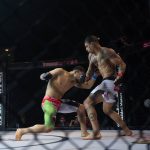 Khamsat sent a message to the entire welterweight division of the promotion with a first round TKO victory which highlighted his elite striking skills which was unanswered from Kisic.

The second fight in the card featuring Hardeep Rai from the United Kingdom of Cian Cowley from Ireland was among the most awaited bouts of the night.

Cowley picked up a win for SBG Ireland improving his record at Brave Combat Federation. 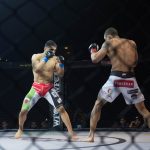 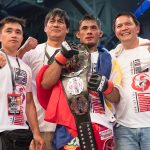 Hussain Ayyad bounced back with a dominating win against Hassan, the 2017 IMMAF medalist went ahead with a TKO finish for his second win at Brave Combat Federation.

Velimurad Alkhasov fought under a stipulation since he missed weight for the championship title fight. 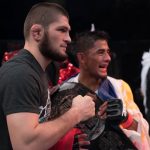 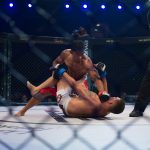 The stipulation allowed only Adur to win the championship in case of a win.

However if Alkhasov wins he will be eligible for a rematch for the world championship title.

The bout went the distance, showcasing both striking and wrestling between the two fighters.

In the co-main event of the night, Stephen Loman from Philippines defended his world championship against Felipe Efrain from Brazil. 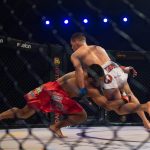 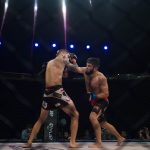 In a bout that went all the five rounds, Stephen Loman dominated Efrain to win the championship by unanimous decision.

Loman is the champion with most number of successful title defences.

He was awarded the world championship title by Khabib Nurmagomedov.

In the main event of the evening, Abdul Kareem Al-Selwady became the first fighter from Palestine to contest for a world championship title. 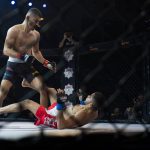 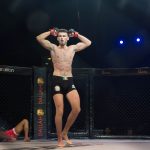 He faced the champion Lucas Mineiro from Brazil.

The bout settled in the first round as Al-Selwady slammed Mineiro which injured Mineiro forcing the referee to stop the fight and award the win to Al Selwady.

Khabib crowned the first MMA champion to come out of Al-Selwady became the new lightweight champion at Brave Combat Federation.