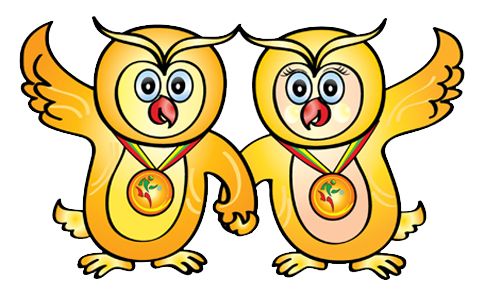 Singapore, 29 May 2013: 28th SEA Games, The Singapore Southeast Asian Games Organising Committee (SINGSOC) announced today that the 28th Southeast Asian Games will be held in Singapore from 5th June to 16th June 2015. While the number and type of sports will be finalised at a later date, some sports like football will start its preliminary rounds a few days before the opening ceremony on 5 June 2015.

2 SINGSOC deliberated on some dates before deciding on early June. Some considerations include favourable weather conditions in June, completion of the Games before the start of Ramadan, National Day Parade, Formula One, WTA Championships and the year-end school examinations. Holding the games in June will also allow students to be a part of the games and organisers are hoping that families would consider making the 12-day event their vacation activity in June 2015. The Games period is similar to the previous editions which Singapore hosted in 1983 and 1993.

3 Explaining the rationale to announce the dates early, SINGSOC Executive Committee (EXCO) Chairman Lim Teck Yin said, “We are about two years away from the 28th SEA Games and we would like Singaporeans and our Southeast Asian friends to take note of this date early so that they can plan to be a part of the 28th SEA Games. We have just completed the foundation phase planning and have set some parameters to help us move forward to the next stage of planning.”

4 The foundation planning stage allowed the SINGSOC to conceptualise and determine the effects that the organisers want to see on people. “The broad concept hinges on using the SEA Games to celebrate who we are as people of Southeast Asia. It is about celebrating the extraordinary place, experiences and people of this region. We want everyone to feel, to be part of and cherish the fond memories of the 28th SEA Games,” said Mr Lim. “As hosts, we also want the Games to invoke national pride and create ownership of the Games among Singaporeans. We hope to use the Games to create value for Corporate Singapore and Singapore Sports. The 28th SEA Games also can be a platform to activate and cultivate a strong sporting network among the Southeast Asian neighbours.”

5 The foundation planning also helped SINGSOC to draw broad parameters in the key areas of Games planning, such as accommodation, sports, logistics and catering. While the actual number of sports will be worked out with the SEA Games Federation and will be announced later, SINGSOC is considering having 30 plus sports. This would be the highest number of sports hosted by Singapore in SEA Games history.

6 SINGSOC is also exploring two different accommodation possibilities to host the athletes in Singapore – hostel or hotel. The ‘Village in the City’ concept where the athletes are housed in a cluster of hotels within the city has certain advantages. Visiting athletes and officials together with our Team Singapore contingent will add to the festive buzz right in the heart of town. The public will also be able to have more opportunities to interact with athletes. The ‘Village in the City’ will also provide convenience to visiting Southeast Asian athletes and officials as they would be located in close proximity to many competition and training venues and have easy access to the public transport system, places of interests, entertainment and retail precincts. SINGSOC emphasised that the ‘Village in the City’ concept can work only if the hotels’ rates are cost-effective.

7 Said Mr Lim: “Hosting the SEA Games in 2015 during our 50th anniversary is significant, special and historical. We believe Singaporeans will be able to find many reasons why they would want to be involved in the games in any form – as a spectator, supporter, volunteer, sponsor, participant or partner.”

8 Fueling the organiser’s optimism is the fact that the SEA Games is the multi- sport games where Singapore fields the most number of athletes who traditionally perform well in many sports events, giving Singaporeans many reasons to cheer. With this in mind, organisers will be stepping up efforts over the next two years to create greater affinity between Team Singapore athletes and the public.

9 “We want Singaporeans to feel the personal connection with our athletes – know them as a friend, a schoolmate, a colleague or a neighbor or even as a fellow Singaporean. As we create this affinity, we hope Singaporeans will take an interest to follow and encourage our athletes on their journey to SEA Games 2015 as well as be there to cheer them during the games on our home ground,” added Mr Lim.

10 The usual crowd pleasure such as the opening and closing ceremonies will be the key attractions of the Games. Organisers are also taking a hard look at how to attract people to come down and enjoy the various sports events over the 12 days. In this regard, organisers have been looking at how they would design the events such that it would appeal to sports and non sports enthusiasts.

11 “We looked at this challenge by asking ourselves a few questions: What would attract people to come to an event? Would it be to provide a host of fun filled fringe activities for the whole family along with the sports event? Could we allow fun sports tryouts to take place as part of the event programming? Can we create opportunities for fans to come up close with athletes? How do we create a great spectator experience through technology? These are things we are looking to infuse into our sports events so that the experience is meaningful and enjoyable for everyone,” said Mr Lim.

12 In about six months’ time in December, a handover ceremony will take place at the conclusion of the SEA Games in Myanmar to signal the countdown to Singapore’s turn to host the games in 2015. Organisers have already started planning for several engagement activities which are expected to be rolled out from January 2014.

13 SINGSOC will commence the tender process for various services, such as Information, Communication & Technology (ICT), accommodation, catering, logistics and transport, among others in the coming months. Given the unique branding of SEA Games, organisers believe that there will be good opportunities for sponsorships and partnerships with Corporate Singapore. This will provide opportunities for local businesses to contribute towards the success of the games and be a part of the celebrations.

14 SINGSOC also announced the formation of three Advisory Sub-Committees (See annex A) to map out critical areas in the lead up to the games. They are Community Engagement & Outreach, headed by Mr Stanley Tan; National Olympic Committees & Sport, headed by Dr Tan Eng Liang and, Sponsorship & Marketing, headed by Mr Richard Seow. These sub-committees will play a critical role in advising SINGSOC on

• the requirements of the SEA Games Federation, the NOCs of Southeast Asia and local National Sports Associations together with the Singapore National Olympic Council (SNOC)

15 Returning to Singapore since it was last staged in 1993, the 28th SEA Games in 2015 will be the first large scale regional multi sport event to be held at the spanking new Singapore Sports Hub and multiple community sports venues across the island.

The Singapore Sports Council aims to transform the nation through sport, by inspiring people and uniting communities. As the national sports agency, we work with a vast network of public-private-and people sector partners to create access, opportunities and capabilities for individuals to live better through sports. As detailed in the Vision 2030 Live Better Through Sports recommendations, our mandate goes beyond driving participation and winning medals. At SSC, we use sport to create resilient, tenacious people, an appreciation for teamwork, a commitment to purpose, strong united communities and national pride.

The Singapore National Olympic Council (SNOC) is the national nonprofit organisation that coordinates the selection of Singaporean athletes for competition at the major games such as the Olympics, the Asian Games, the Commonwealth Games and the South East Asian Games. Singapore’s involvement in the Games is resolutely anchored in the Olympic ideals that were first espoused by Baron Pierre de Coubertin, the founder of the modern Olympic Games, in 1894. For more information, please visit www.snoc.org.sg