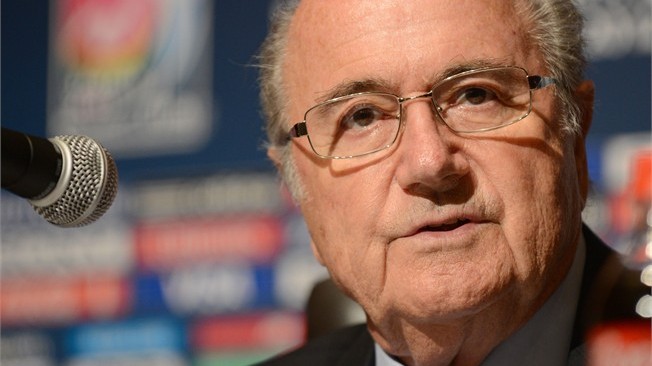 Tokyo – Japan, Sept 7, 2012: Rapidly, On the eve of the FIFA U-20 Women’s World Cup final between USA and Germany, a press conference was held in Tokyo to look back at the three-week event, and ahead to tomorrow’s finale. On hand were FIFA President Joseph S. Blatter; David Chung, Chairman of the Committee for the FIFA U-20 Women’s World Cup and FIFA Vice-President; Junji Ogura, Chairman of the Local Organising Committee (LOC) and Tatjana Haenni, FIFA Head of the Women’s Competitions. FIFA.com reviews some of the key points from the conference.

We are in a very happy situation with women’s football. We had an incredibly successful World Cup last year in Germany. We perhaps saw, for some, a surprising victory at the time with Japan, but we have seen confirmation of the values held by the Nadeshiko. Since then we recently saw over 70,000 at Wembley as Japan met USA.

On fair play during the tournament

Normally the losing team is unhappy and disappointed but in London it was totally different. The Nadeshiko displayed their happiness with silver in London. This is the sporting spirit that has long been an integral part of Japan football. I also must commend the Japan fans who happily applauded the German team after the semi-final. This is also fair play. And it coincided exactly with FIFA’s Fair Play Days. Football is discipline and respect. It is a fighting game, but also in the spirit of fair play.

On the values on display in women’s football

The behaviour of the players is excellent. There was not one single serious injury, and this is a compliment to the development of the women’s game. [Spectators saw at the Olympics] how well they played, how fair they play football and how well they behaved. Women on the field of play are fair and they are correct. I have to say it has been realised by the Technical Study Group that there is a difference between attitude of women and men players. Men can take a big example from how women behave on the field.

On the future of women’s football

Women’s football is in progress, but this is not enough. Of the 16 teams here in Japan, only one has a female coach. We should also develop technical directors to coach’s women’s football, because this is a very important component for the future of women’s game.

On FIFA’s support for women’s football

As FIFA President I am totally committed to the development of women’s football. Football can be played in all countries and all cultures. This year, after 108 years, the FIFA Congress co-opted a woman, who is also a member of the IOC, named Lydia Nsekera. We are heading in the right direction.

On Japan’s hosting of the tournament

Thank you to Japan. Thank you for the hospitality that the 15 visiting teams have received. We have received only compliments from the delegations from all the continents. The hospitality in Japan is great, but we know that already. I am a very happy and satisfied President. Japan have had very little time to organise this tournament but what they have done is great.

Japan would be a very good candidate or competitor [for 2019]. Following Europe and North America, coming back to Asia would be a good passage.

David Chung, Chairman of the Committee for the FIFA U-20 Women’s World Cup and FIFA Vice-President, On Japan’s hosting of the tournament:

I have to congratulate the LOC and the Japan Football Confederation for their commitment which has delivered a highly successful tournament. I can testify that FIFA and LOC have enjoyed excellent co-operation. I have visited all the venues, and I can say that all stadiums and facilities were in excellent condition. It is always wonderful to organise a tournament in Japan with so much local knowledge and professionalism.

Junji Ogura, Chairman of the Local Organising Committee, On organising the tournament

Today we are able to report that, despite the short lead-time, that we have been able to deliver a smooth and successful tournament. The LOC will continue their tireless support and focus to ensure a flawless conclusion to the tournament. The tournament has been perfectly timed for us, on the back of the Nadeshiko’s recent success. We are optimistic of a bright future for the future of women’s football and the Nadeshiko. I would also like to thank President Blatter for his support for Japan which, especially following last year’s disaster has been wonderful.

On reaction in Japan

Japanese fans have shown their wonderful support for all teams, something we have seen throughout the tournament. Also, I would like to thank the media for what has been such a new level of interest for women’s U-20 football. —- FIFA/Photo © AFP