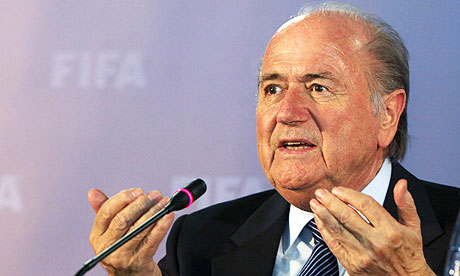 Kuala Lumpur – Malaysia, May 02, 2013: “I congratulate Shaikh Salman Bin Ibrahim Al Khalifa for his brilliant election to the Presidency of the Asian Football Confederation, as well as to the FIFA Executive Committee. One of the key missions he will have to ensure is that unity prevails within the AFC.

Unity, as well as solidarity, are absolutely key and necessary pillars for any institution to build solid plans and structures for its future.

With two thirds of the world population, Asia clearly plays a huge role in the international football community. But it certainly has not yet reached its full potential. AFC shall unite all its energies to continue to strengthen the growth of the Game in Asia”, stated Joseph S. Blatter.