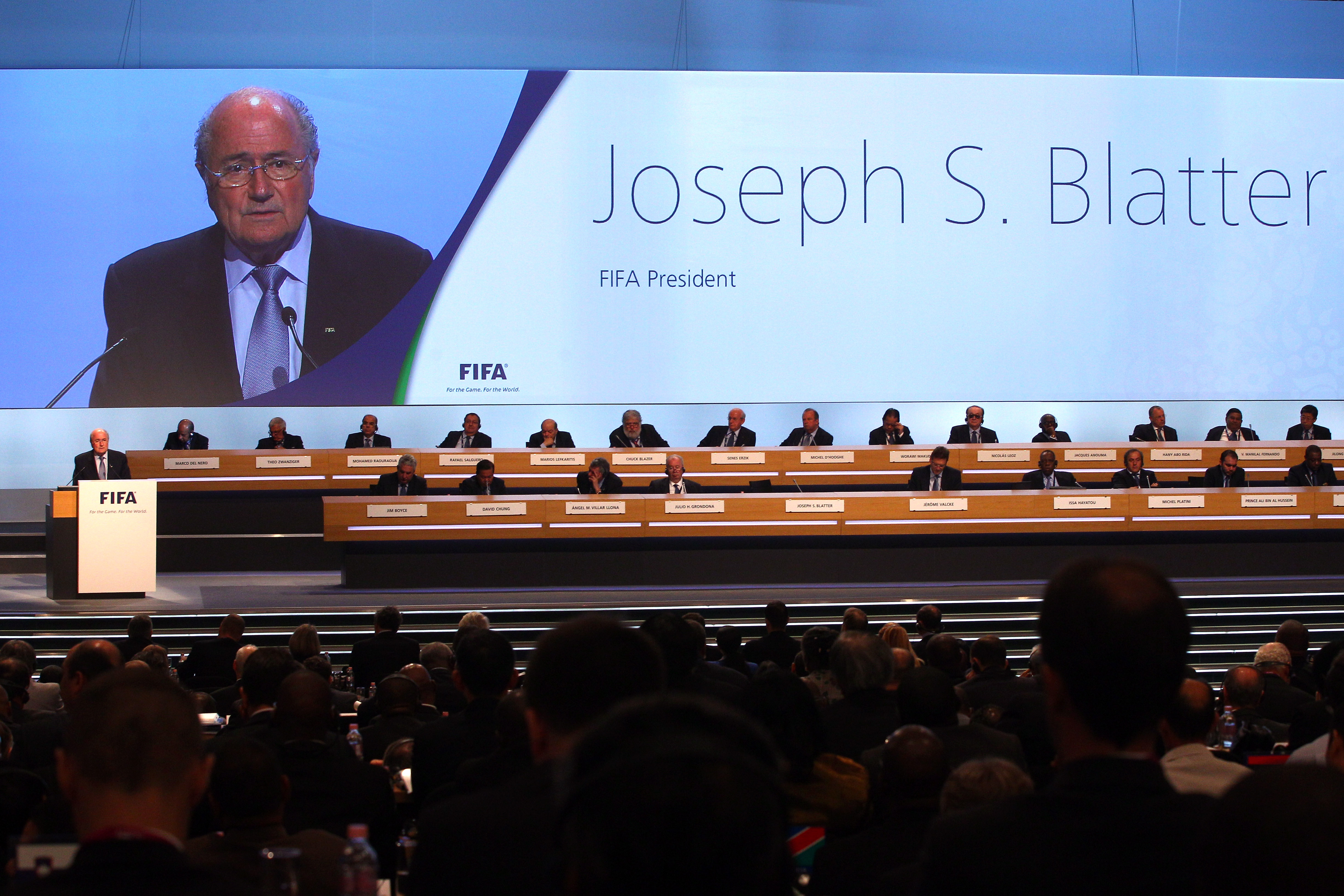 Budapest-Hungary, May 25, 2012: South Sudan, Chaired by FIFA President Joseph S. Blatter, the FIFA Congress, which convened today in Budapest (Hungary) for its 62nd edition, gave its full support to the current reform process of football’s world governing body and to its continuation until the 2013 Congress according to the established road map. At last year’s Congress, the FIFA President had advocated for governance reforms as well as zero tolerance towards any wrongdoing and he had then been mandated by the Congress to conduct the reform process.

“Today is a historic day. At the 2011 Congress, I advocated for improving our good governance. We did it! I’m glad that the first part of the reform has received such overwhelming support from the Congress. This also shows the unity of our Congress. But our work does not end here. The reform process will continue, as planned, until the 2013 Congress. Thus, the road map will be respected. FIFA, and me personally, are firmly committed to this process,” stated Joseph S. Blatter.

The amendments to the FIFA Statutes submitted for vote to today’s Congress and resulting from the work of the IGC and the Task Forces were massively approved, with 192 votes (96%) in favour. The Congress also approved that the amendments regarding arts 10, 30 and 87 of the Statutes as well as art. 1 of the Regulations Governing the Application of the Statutes should come into force with immediate effect.

The reforms include in particular the restructuring of the Ethics Committee with a new system of two chambers – investigatory and adjudicatory – each with an independent chairman. The Congress mandated the Executive Committee to hold an extraordinary meeting, which is to take place on 29 June, at which the executive will adopt the Code of Ethics and appoint the chairmen of both chambers so that the new Ethics Committee can start work once the Statutes come into force 60 days after the Congress.

The creation of an Audit and Compliance Committee – which will increase the scope of responsibility of the former Audit Committee by adding compliance to its activities – was approved, as was the appointment of Mr Domenico Scala (Italy/Switzerland) as the independent chairman of the committee, as proposed by the IGC. The FIFA Code of Conduct was also approved.

The procedure for admission to FIFA as a member has been amended so that it is, in principle, possible without a two-year waiting period at confederation level. This measure immediately benefited the South Sudan Football Association, which was admitted as FIFA’s 209th member after having become a CAF member in February this year. The South Sudan Football Association is chaired by Mr Chabur Goc Alei.

Our work does not end here. The reform process will continue, as planned, until the 2013 Congress. Thus, the road map will be respected.

Following the proposal made by the FIFA President at last year’s Congress to have a woman sitting on the FIFA Executive Committee, the Congress approved that a female representative be co-opted until 2013, and subsequently elected by the FIFA Congress. The appointment of Ms Lydia Nsekera (Burundi) was ratified today and her official installation within the Executive Committee was welcomed by a standing ovation from the Congress attendees.

Under the item on strategic and sports-political matters, the Congress approved the FIFA club protection programme on behalf of member associations which will see FIFA indemnify clubs of injured players involved in all international “A” matches listed in the international match calendar (for the period 1 September 2012 – 31 December 2014). The budget for this project amounts to approximately USD 75 million. This programme is a major innovation which will benefit the entire football community.

The Congress received a report on FIFA’s activities to fight match-fixing. In this regard, INTERPOL Secretary General Ronald K. Noble addressed the Congress after FIFA and INTERPOL entered into a ten-year cooperation agreement last year. Italian player Simone Farina, who opposed a match-fixing attempt, was invited to join the FIFA President and INTERPOL’s Secretary General on stage. Simone Farina has been appointed FIFA Ambassador.

FIFA and the Nobel Peace Center, the institution governing the world’s most prestigious award, the Nobel Prize, have signed a partnership under the name of “Handshake for Peace”. Nobel Peace Center Director Bente Erichsen addressed the Congress. With this cooperation project, the captains and the referee will shake hands not only before but also after the match. This fair-play gesture will be implemented in all FIFA competitions and all members associations have been urged to do likewise.

The FIFA President himself presented the initiatives taken by FIFA to improve refereeing, in particular for the professionalization of the environment in which FIFA referees develop and work and for the development of refereeing in the confederations and member associations.

The Congress also supported the plea expressed yesterday at the FIFA Medical Conference that automatic external defibrillators should be available at football matches worldwide.

The Congress approved the 2011 FIFA consolidated financial statements for 2011 as well as the 2013 FIFA budget.

All FIFA member associations participated in the 2012 Congress. In accordance with art. 14.4 of the FIFA Statutes, the associations of Brunei Darussalam and São Tomé e Príncipe were not entitled to vote.