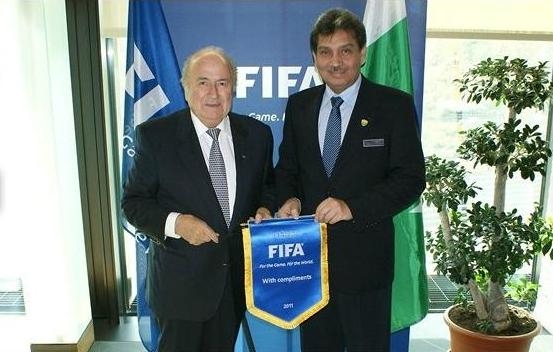 According to the press release issued here by PFF, during the meeting FIFA president hailed the performance of Makhdoom Syed Faisal Saleh Hayat for undertaking the construction of eight state of the art football academies in Pakistan which has given tremendous boost to football activities throughout Pakistan.

President FIFA also praised Faisal for his very positive role as member of AFC Executive Committee and Chairman AFC Legal Committee and hoped that his role would have positive impact on the development of football in whole of Asia. He also praised Faisal for his active role and positive contribution in the strategic committee meeting which has arrived at many conclusive FIFA strategic decisions.

President PFF thanked FIFA President for allotting eight FIFA Goal Projects/academies to Pakistan which will defiantly help to boost the ongoing efforts for youth development. President FIFA assured Mr. Faisal of his full commitment to award artificial turfs (pitches) from the FIFA’s next allocations. He also assured president PFF of his resolve to visit Pakistan as soon as possible.