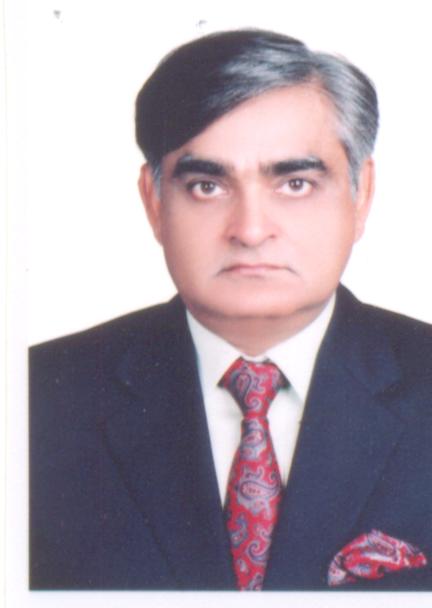 Lahore – Pakistan, June 04, 2013: It’s a singular honor and pride for not only PFF and its football family but the entire nation that Pakistan Football Federation official Syed Nayyar Hasnain is elected as the member of FIFA Disciplinary Committee at recently concluded 63rd FIFA Congress at Mauritius on 30th May and 31st May, 2013.

According to the PFF, on 31th May 2013 at 63rd FIFA Congress 2013. FIFA elected Syed Nayyar Hasnain as a member of FIFA Disciplinary Committee, with majority votes of 198 out of 209, which is a great tribute and remarkable confidence reposed by FIFA Delegates in his leadership.

It is pertinent to mention that for past 4 years Syed Nayyar Hasnain is a member of AFC (Asian Football Confederation) Disciplinary Committee. He has been the member of PFF Congress and moreover in the last two PFF elections performed his duties as Election Commissioner, Punjab. He served the Police as IG and he retired as Federal Secretary. The whole nation applaud that such an incredible individual has been elected by the World governing body of Football.

The President PFF “Makhdoom Syed Faisal Saleh Hayat” is delighted and congratulates him for getting such a eminent elevation and admires his contribution for the promotion of Football in Pakistan.

General Secretary PFF, Lt. Col. ® Ahmed Yar Khan Lodhi TI (M) jubilantly said that it is a prestigious moment for Pakistan that FIFA and its Member Associations have recognized the valuable contribution of Syed Nayyar Hasnain for football and put their firm belief in him that he will continue to deliver at his best. Once again the entire nation of Pakistan is feeling proud on achievement on this singular honor bestowed up Syed Nayyar Hasnain.