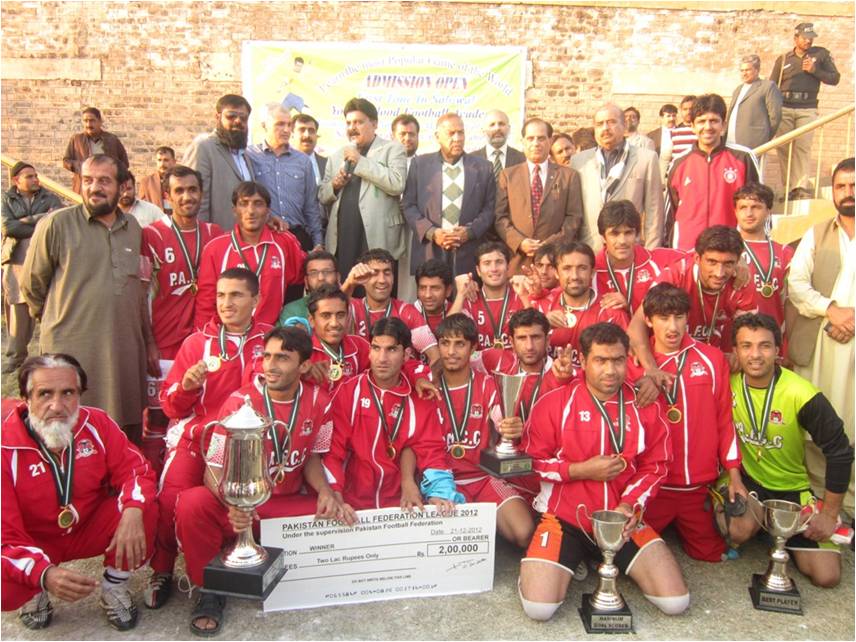 The match was remained goalless after full time and running penalties was take in which Abdul Hadi, Hazrat Moaz and Abdul Nasir convert the goal in to the net. It was the final between two teams, having earned berth in coming Pakistan Premier Football League 2013 by winning final of Departmental and Club Phase on Friday. They will replace teams who will finish 15th and 16th in PPFL 2012.

Mr. Hayat, who is going all out for the welfare of players, coaches, referees and administrators, provided new-look to individual prizes in order to strengthen the individual thrust of players, referees, and to improve all aspects of football. Rs. 15,000 each awarded to best goal-keepers Muhammad Adnan (SSGC) and Muhammad Afzal (University FC).