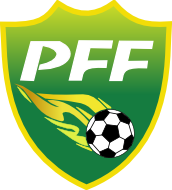 Lahore – Pakistan, March 08, 2013: Pakistan National Football team is leaving for Dubai and Kyrgyzstan on Saturday afternoon, March 09, 2013 through PA 405 at 1300 Hrs PST (01:00 PM) from Allama Iqbal International Airport, Lahore. Pakistan National Team will remain in Dubai till March 15, 2013 where they play a practice match on 11th March against UAE reserve side and this will give final touches to their preparation for the Asian Football Confederation (AFC) Challenge Cup Qualifiers to be held in Kyrgyzstan from March 17 to 21. The National Team has already played 4 friendly matches against Nepal & Maldives prior to this visit to Kyrgyzstan.

On March 17 Pakistan National Team will face the former champions Tajikistan at the Spartak Stadium in Bishkek, Kyrgyzstan and followed by their games against hosts Kyrgyzstan on 19, March and Macau on 21 March.

According PFF, Makhdoom Syed Faisal Saleh Hayat, President PFF wished all out success for the national team. He hoped they shall play in a stupendous manner as the peoples of Pakistan are looking for a victory by their players. He expressed his satisfaction on their training and the ability to play well.