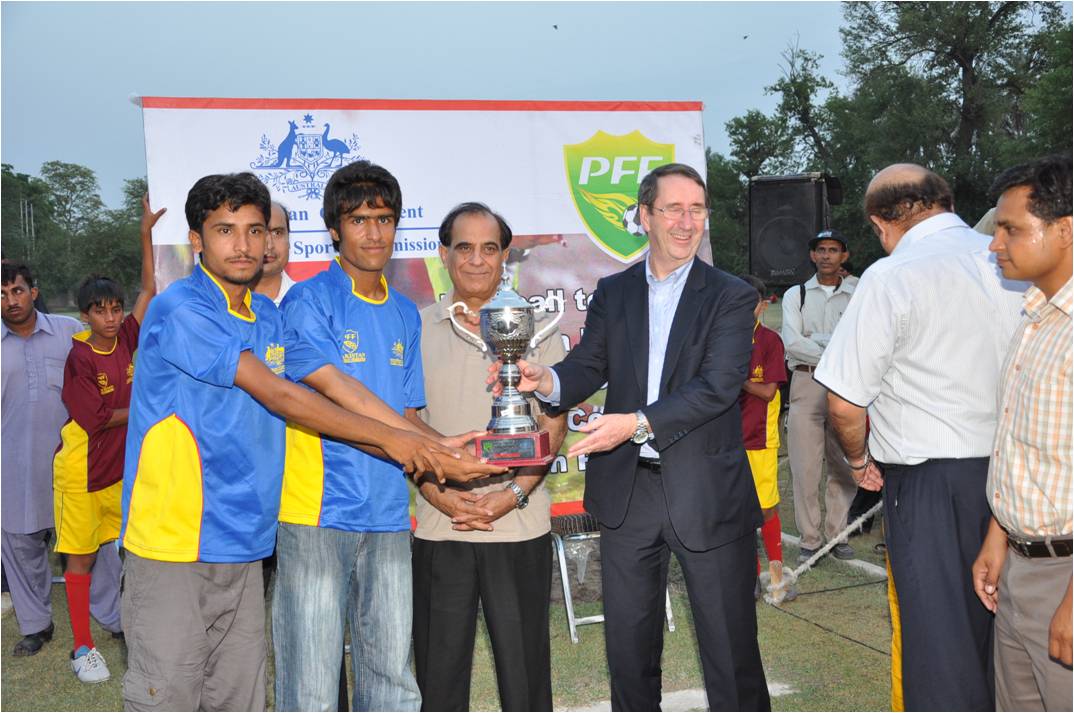 According to the press release issued here by Pakistan Football Federation (PFF), the final was really a treat to watch between two top youth U-16 teams of the event. The match started in a very positive manner and both the teams started to attack each other’s goal post from the beginning. The match ended in the favour of Government High School Gaddi1 1:0, when Striker Majid Ali netted the ball at 51st minutes.

Earlier His Excellency Mr. Paul Molloy, Charge d’affairs of the Australian High Commission, Islamabad held a press conference during which commended that encouraging young of both genders must be involved in sports. We also hope that the PFF’s initiatives will have important spill-over effects on the wider community, such as promoting health and well-being, and enhancing social cohesion. Such activity reflects the true spirit of our mutual goal for the enhancement of sport activity among our youth.

General Secretary PFF during his address thanked the Australian Government especially His Excellency Mr. Paul Molloy for his interest in the development of football at youth level in Pakistan.