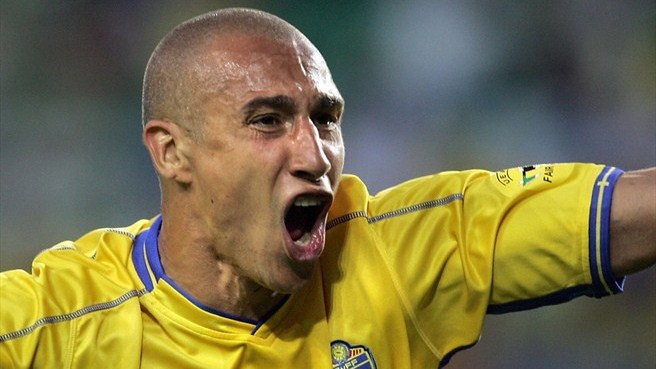 The 1984 hosts started in tentative fashion with a 1-0 victory against Denmark, but here in Nantes they and their talisman ratcheted up the gears. A fourth-minute predatory rebound, a penalty and a header accounted for a hat-trick from Michel Platini, though it was the captain’s all-round influence which boded especially well for the eventual winners. Indeed, their majestic No10 scored another treble in Les Bleus’ next fixture and ended the tournament with a EURO record nine goals.

On the same day that France were overwhelming Belgium, the Danes, quite remarkably, were also winning by a five-goal margin. It was some way for Denmark to bounce back from that opening loss to France, with Michael Laudrup proving a particular torment. Although Yugoslavia were two down inside 16 minutes, it was not until Frank Arnesen’s penalty midway through the second half that the dam burst, with two goals in the closing eight minutes completing the scoring.

This was an all-singing, all-dancing display from the Dutch and remains the sole occasion in EURO finals history that a team has struck six. Three of the goals came from Patrick Kluivert – a man who, at the height of his career, had eyes only for the back of the net – and two courtesy of the vivacious wing play of Marc Overmars. However, this was not about one single player: it was the overall destruction of a Yugoslavia side so fluent in the group stage that was most impressive about Frank Rijkaard’s team.

Having initially retired from international action following Sweden’s round of 16 exit at the 2002 FIFA World Cup, Henrik Larsson was coaxed back for UEFA EURO 2004; this was the reason why. Two goals from the clinical forward – the first a spectacular diving header – and further efforts from Fredrik Ljungberg, Zlatan Ibrahimović and Marcus Allbäck did the damage against a brave but ultimately powerless Bulgaria side. Image © AFP