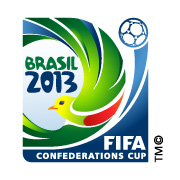 Zurich – Switzerland, August 27, 2012: FIFA is pleased to announce that the media accreditation process for the draw for the FIFA Confederations Cup Brazil 2013 opened today (27 August 2012) via the FIFA Media Channel. The deadline for accreditation applications is Friday, 28 September, 2012.

Thereafter, the applicant’s information will be subject to a review process by FIFA and the Local Organising Committee. Applicants will be notified by e-mail from mid-October 2012 if their accreditation requests have been successful.

The draw for the Festival of Champions will take place at the Anhembi Exhibition Centre in Sao Paulo on 1 December 2012. Media accommodation offers can be found now on the FIFA Media Channel.

More detailed information will be published on the FIFA Media Channel in due course.