Home  »  FOOTBALL   »   The EURO referees hold media day in Warsaw, Referees will be available for interview 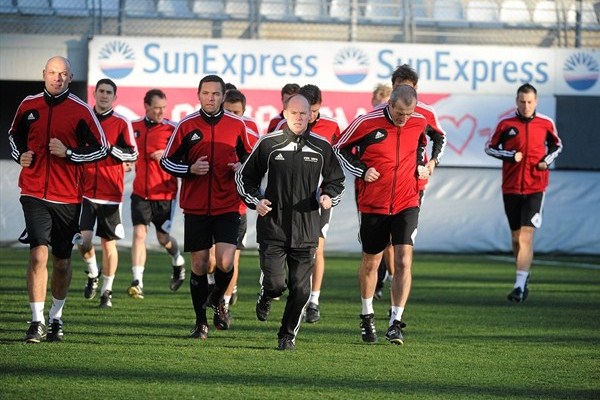 On 2 May cameramen and photographers will be able to attend the first 20 minutes of a training session at the Agrykola Stadium (ul. Mysliwiecka 9), which will be preceded at 08.30CET by a group photo.

A press conference will follow at 11.30 at the Hilton Hotel (ul. Grzybowska 63), involving UEFA’s chief refereeing officer Pierluigi Collina, the 12 main referees, and the two fourth officials from Poland and Ukraine. Afterwards, media representatives will have the possibility to conduct one-to-one interviews with the match officials.

Media interested in attending the open training session and/or press conference are requested to inform UEFA media services via email to [email protected], indicating ‘Referees Workshop’ in the subject header, by 12.00CET on Friday 20 April. To facilitate the interview process, please mention in your mail your priority list for the one-to-one interviews.