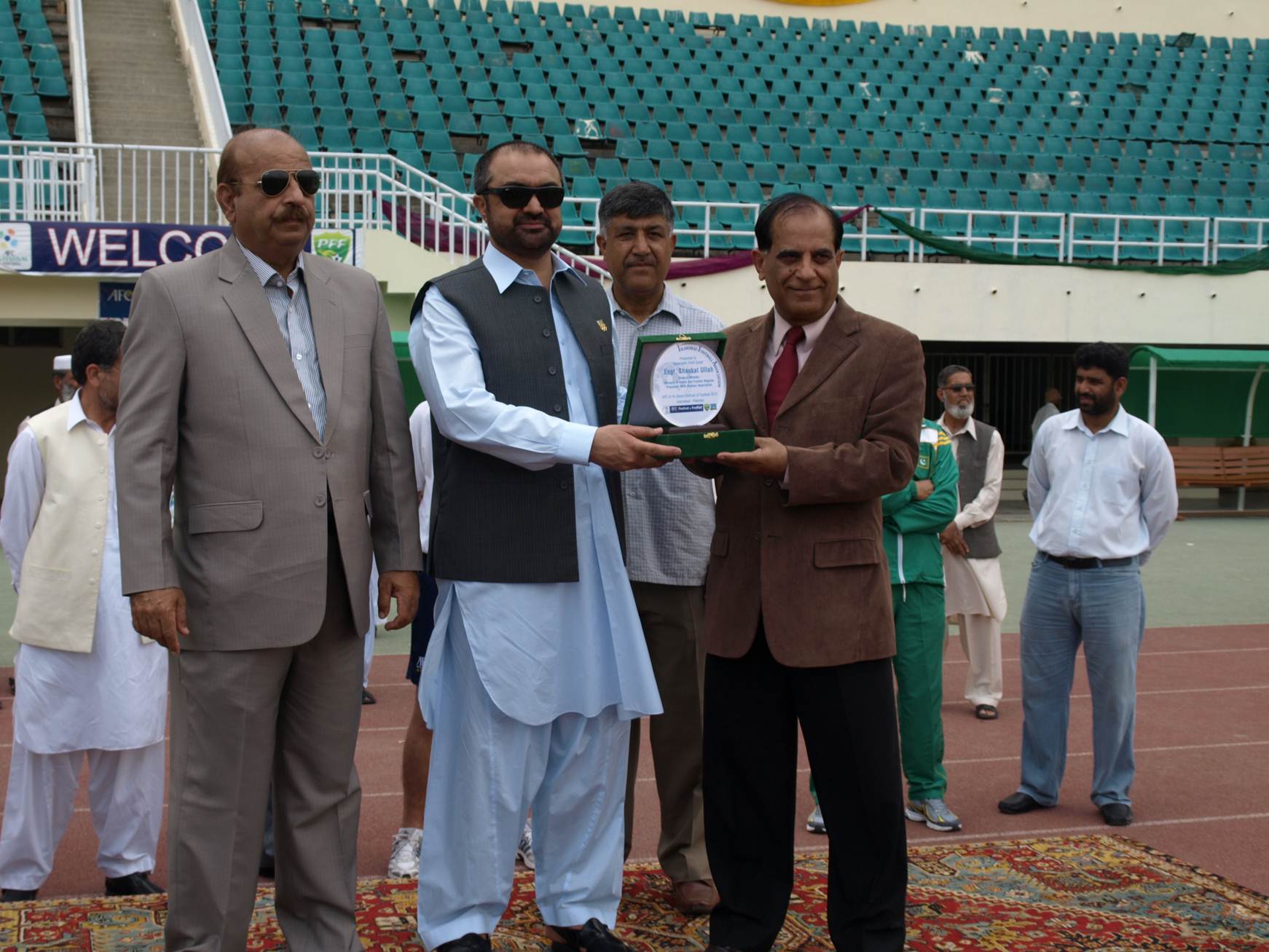 Islamabad – Pakistan, April 15, 2012: The curtains have been dropped on the AFC U14 Festival of Football in the Islamabad, Pakistan on Sunday. On the last day of the festival, two matches were played to accomplish a total of six matches under the second format where the teams played for 60 minutes with a half-time break.

Eng. Shaukat Ullah Khan, Federal Minister for States and Frontier Region (SAFRON) & President FATA Olympic Association was the chief guest of the closing ceremony has said that sports are an important component and imperative for the projection of the soft image of Pakistan abroad. The promotion of sports activities, he added, would help to engage the youth towards healthy activities and also develop tolerance as well as sense of fair competition among them, he added.

The honorable chief guest mentioned that incumbent government is taking keen interest in the development and promotion of sports. Minister directed the Ministry of Sports should also study the sports management systems of other leading sports countries of the world. At last Federal Minister distribute the certificate among the players and officials.

Mr. John Whittle, Project Director AFC, thanked Pakistan Football Federation (PFF) and its PFF Management Committee and Local Organizing Committee (LOC) for hosting this festival for the Central Region and appreciated their continuous collaboration with AFC for football development in Asia. He also congratulated all participants for helping make the festival successful and wonderful.

Earlier, Makhdoom Syed Faisal Saleh Hayat, President PFF in his message said that AFC decision to choose Islamabad (Pakistan) as a venue for a premier youth football event makes me very happy, as it augurs well for Pakistan and its soccer. But more importantly because it reflects the AFC’s faith that Pakistan is a good and safe destination and also that PFF has an appropriate human and financial resources to be able to stage an event of this scale. Mr. Hayat further said that I hope that by the time this event concludes, its impression would have been further reinforced.

Lt. Col. ® Ahmed Yar Khan Lodhi TI (M), General Secretary PFF on the closing ceremony added that it gives me immense pleasure to welcome the participating teams of Pakistan, Pakistan A, Afghanistan and Tajikistan the emerging nations in Asia. This will help these countries to gauge the level of youth talent in their countries. Indeed it is an honor for Pakistan to be hosting this of this prestigious AFC event second time.

“We are thankful to AFC for awarding U-14 and U-13 Festival 2012 & 2013 respectively to Pakistan which speaks of the trust AFC has in PFF. I am also thankful to Islamabad Football Federation (IFA), Pakistan Sports Board (PSB) and Government of Pakistan for their full support for making this event a great success.

Coaches, referees, medical doctors and physiotherapists who were participants in the festival’s courses prior to the matches shared the joy and happiness of the young players during the closing ceremony where certificates and medals were presented to all of them.