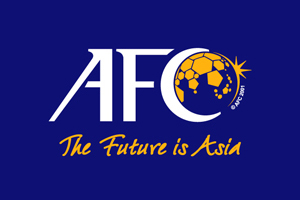 The report of the AFC Ad-hoc Evaluation Committee and the suspension of former AFC President Mohamed Bin Hammam were discussed at length and a majority of the members voiced their support for President Jilong and pledged their interest in reforming AFC and preventing the abuse of official positions.

Acting President Jilong referred to the disciplinary proceedings against the former President in his opening address and stressed the importance of turning over a new chapter.

“I think this development also makes one thing very clear to all of us – there is no place for unethical practices anymore in AFC,” said Jilong.

“I ask this ExCo to prevent any abuse of power and misuse of privileges by any office-bearer. I ask this ExCo not to allow anyone to compromise the image of AFC.”

Jilong explained the process by which the matter had been referred to the AFC Disciplinary Committee.

“We set up an Evaluation Committee under Kohzo Tashima-san with three main points of reference. Firstly, to fight corruption, secondly, to improve the AFC administration; and thirdly, to promote financial transparency,” said Jilong.

“We have already taken the first step in this tough task. Our independent auditors PricewaterhouseCoopers (PwC) have submitted their report. “And, in accordance with the AFC Code of Ethics, this report was immediately forwarded through the AFC General Secretary to the Honorable Chairman of the Disciplinary Committee.

“The AFC Disciplinary Committee is a completely independent judicial body. They don’t report to this ExCo or the AFC Congress. It is headed by a highly experienced and respected lawyer Lim Kia Tong and I have full confidence in the Chairman and his committee. I am confident that we will have a fair, transparent and impartial process.”

The members were informed that the provisional suspension of Bin Hammam would last for 30 days from the time of suspension while investigations into the allegations of unethical practices continued. The members discussed the recommendations of the standing committees and gave their approval for their implementation. —– AFC