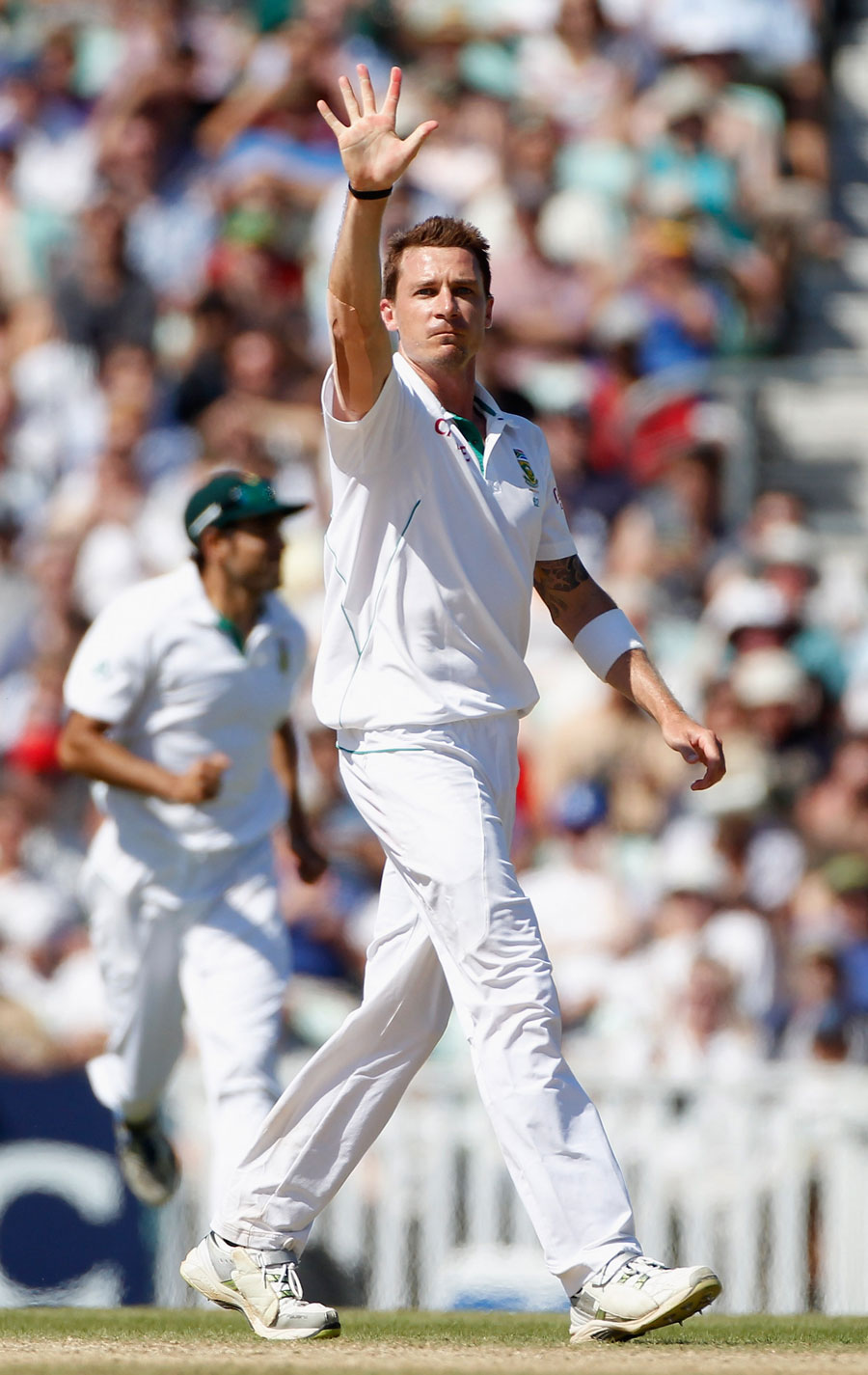 South Africa, dominant since the start of the second day, secured an innings and 12-run victory at The Oval as they broke the back of some stubborn England resistance either side of the new ball on the final afternoon. Ian Bell and Matt Prior had given the home side hope, but Imran Tahir broke the stand and Dale Steyn then steamed in to finish with 5 for 56.

The result was nothing less than South Africa deserved for a performance that confirmed what a formidable team they are and they achieved it on a ground where they had not won in 13 previous attempts. Indifferent on the first day, they barely put a foot wrong from the moment they rattled England on Friday morning. Showing the benefit of a finely balanced attack including pace, swing, seam, accuracy and spin, they did not fret when resistance was being put up.

It was England’s first home defeat since losing to Pakistan, on the same ground, in 2010 and their first innings loss since facing South Africa, at Johannesburg, earlier that same year. For South Africa, it continues their run of taking the series lead each time in England since readmission although it is the first time they have won the opening Test since 1994.

As in England’s first innings, when Kevin Pietersen was dismissed, it was wicket moments before the second new ball that undid much of the good work. Prior, having shown impressive judgement, swept Tahir who was bowling around the wicket into the rough and a top edge went to Jacques Kallis at slip. The sweep, which caused England so many problems in the UAE and in Galle, was back to haunt them.

Bell, having reached his slowest Test fifty and resisted for 220 deliveries, then played his worst shot for some time when he guided the ball straight to Kallis at second slip as though giving morning catching practice. As in Cape Town in 2010 it was another defiant display from Bell but the weakness of the shot that ended his stay was symptomatic of why England came off second best. You cannot let down your guard for a moment against this South Africa team.

A tail, even with England’s pedigree, against a new ball is gift-wrapped for a pumped-up Steyn and it did not take him long. Stuart Broad was given out through the DRS to a glove down the leg side and Graeme Swann drove to cover. Tim Bresnan and James Anderson resisted for 10 overs, delayed tea, and threatened to make South Africa bat again, but Tahir ended the match with a grubber to trap Anderson lbw.

Although England had hope shortly after lunch, the major damage had been done the previous evening with the loss of four top-order wickets. Bell and Ravi Bopara resumed with the deficit still 150 and the odds stacked against them.

Initially Bopara suggested solidity with a tight defence and a couple of confident shots into the leg side, although he came within a millimetre of losing his off stump when he left a delivery from Steyn which shaped back. Then, in Steyn’s next, his eyes lit up at the offer of some width but instead of the ball finding the cover boundary it took a bottom edge into middle stump. The days between this Test and Headingley will be filled with further debate over his Test place.

After the early spells from the quicks, Tahir, who created plenty of problems on the fourth evening especially for Andrew Strauss, was introduced and should have removed Bell for 20 in his first over but AB de Villiers could not take a regulation outside edge. It was de Villiers’ first mistake of the match and ultimately would not prove costly.

For the second time in the match, Prior and Bell were nearly involved in a run out when Prior played a ball square to cover and Bell was a little slow responding for the run, but de Villiers could not quite gather JP Duminy’s throw. When Bell elegantly drove the last ball of the session down the ground there was just a thought that a Cardiff-style escape was within England’s grasp. South Africa soon dashed that notion. —- By: Andrew McGlashan/ESPN/Image © Getty Images