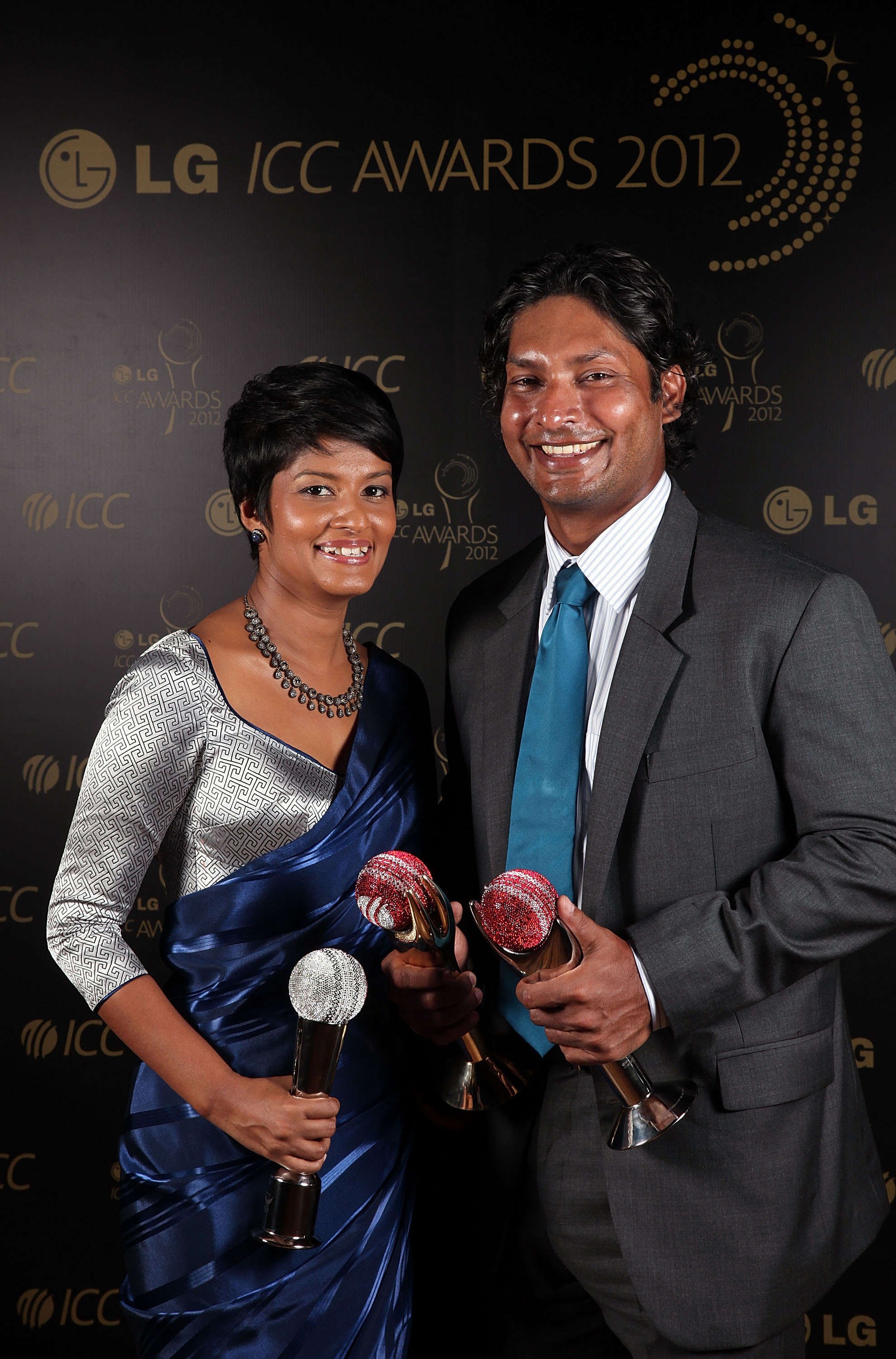 Colombo – Sri Lanka, Sept 15, 2012: Kumar Sangakkara was tonight presented the Sir Garfield Sobers trophy for ICC Cricketer of the Year at the prestigious LG ICC Awards, held at a glittering ceremony in Colombo.

Sangakkara was also named in the ICC Test and ODI Teams of the Year that were announced last month ahead of this evening’s ceremony, while he also picked up the ICC Test Cricketer of the Year award and the LG People’s Choice trophy tonight in Colombo to round off a spectacular evening for the batsman.

Ireland’s George Dockrell was named the Associate and Affiliate Cricketer of the Year for the first time, the award recognises the contribution of the team below Full Member status make in the world of cricket.

New Zealand’s Daniel Vettori received the ICC Spirit of Cricket award, while Kumar Dharmasena of the Emirates Elite Panel of ICC Umpires won the David Shepherd Trophy for ICC Umpire of the Year for the first time.

In total there were 11 individual awards handed out, as well as the two ICC Teams of the Year – for Tests and ODIs.

The Twenty20 International Performance of the Year was won by Richard Levi for his 117 not out against New Zealand in Hamilton on 19 February 2012.

ICC President, Alan Isaac, said: “I’d like to congratulate all of tonight’s winners who are all highly deserving of their awards. It’s been a fantastic evening and I think a special congratulations is needed of course for Kumar Sangakkara who claimed a spectacular three awards this evening, including of course the prestigious Sir Garfield Sobers Trophy for ICC Cricketer of the Year.

“I would also like to extend my thanks to all of those on the Selection Panel and the various Voting Academies who gave up their time to vote for this evening’s awards.”

ICC Test Team of the Year is as follows (in batting order):

ICC ODI Team of the Year is as follows (in batting order):