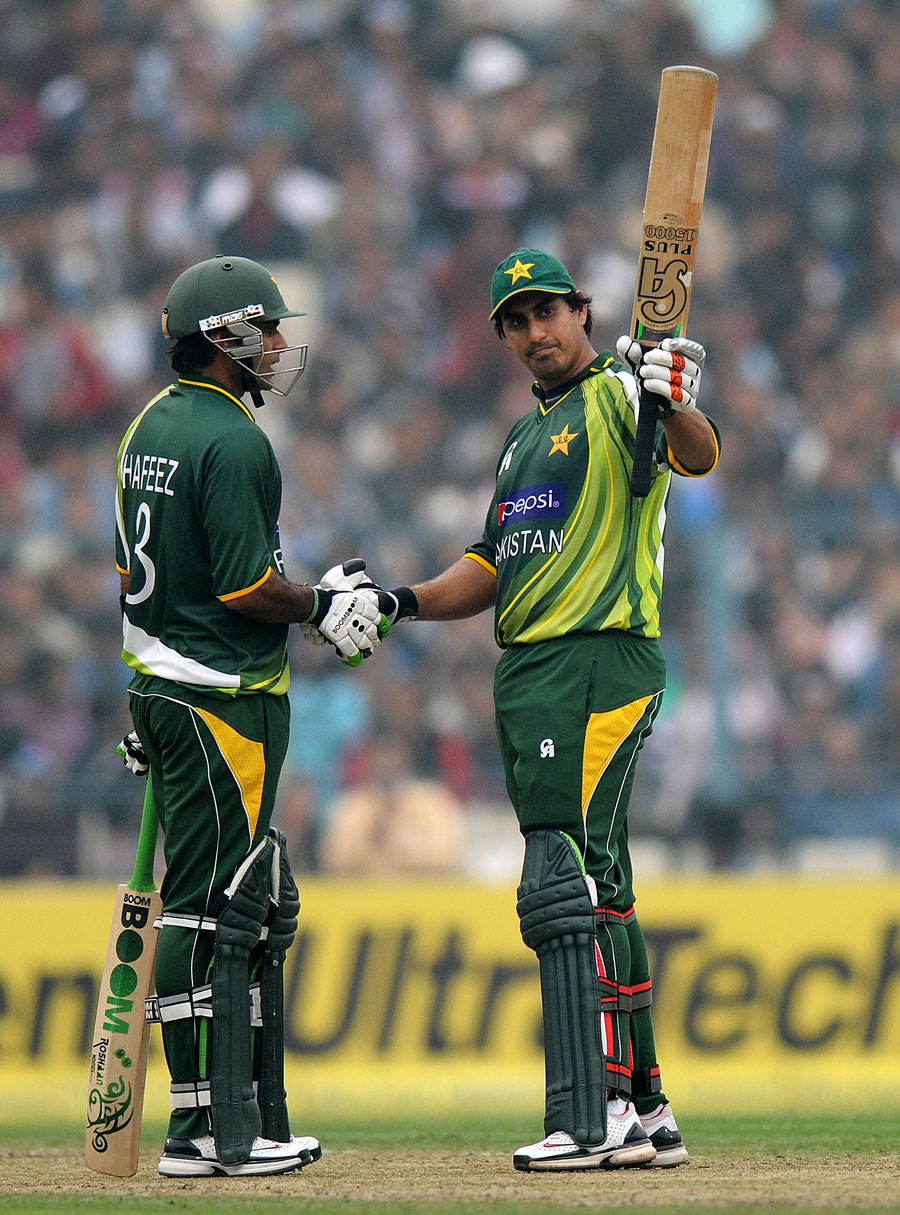 Kolkata – India, Jan 03, 2013: They lost eight successive overseas Tests. They lost a home Test series. And now the ODI world champions have lost a home bilateral series for the first time in more than three years. They are in free fall, and continue to touch a newer nadir each time. The failure of the batsmen has been a common factor in all these reversals, and it was no different at Eden Gardens. Despite the bowlers taking ten wickets for 109 to keep Pakistan to 250, India crumbled without any fight, losing their top five batsmen before they had reached 100. The tail had collapsed before MS Dhoni could even think about improbables such as miracles.

Pakistan added to their record of being the only side, other than Australia, to inflict home ODI series defeats on India in the previous ten years. They also continued their impressive record at Eden Gardens, and have now won all their four ODIs against India at the ground. Nasir Jamshed, one of the finest young batsmen around, made his third successive ODI century against India, whose batsmen carried their struggles from Chennai to Kolkata.

Junaid Khan bowled his heart out in an opening spell of 7-1-18-2, taking out Gautam Gambhir and Virat Kohli. Umar Gul came in to remove a subdued and edgy Virender Sehwag, and followed it up with the dismissal of Yuvraj Singh. Suresh Raina was peppered with short balls before falling to Mohammad Hafeez’s offspin. India went from 42 for 0 to 95 for 5. Dhoni was left battling alone, and again, he battled till the very end, refusing several singles with the last man Ishant Sharma and hitting the odd boundary, despite knowing that all of it was in vain, despite knowing that he was the only man in this line-up prepared to fight.

Sehwag and Gambhir may have put on 42, but their partnership was full of plays-and-misses and inside edges eluding the stumps. And eight of those 42 runs came off two overthrows to the boundary, courtesy Hafeez.

The tall Mohammad Irfan continued to test India with his bounce, but Junaid’s was the standout spell. Displaying superb control, Junaid beat the outside edge on numerous occasions, and also hit Sehwag on the pads a few times. It wasn’t unusually good deliveries that got him his wickets, though it could be said he had persevered enough to earn some luck. Gambhir tried to drive a widish length ball, which moved in slightly for the batsman to play on. Kohli fell to an outstanding, leaping take by Kamran Akmal down the leg side.

There was nothing fortuitous about Sehwag’s fall, Gul bending one back in sharply to strike the leaden-footed batsman in front of middle. The senior opener had had another poor outing, after averaging 21.70 in ODIs in 2012.

Yuvraj had a nervy stay as well, eventually edging an attempted pull off a Gul bouncer to the wicketkeeper. Raina had already been tested by the inevitable short balls, had escaped a run-out chance, and went stumped as he lunged to drive a Hafeez delivery.

The batsmen’s meek capitulation meant the fightback from the bowlers, kickstarted by Ravindra Jadeja, was in vain. Pakistan had zoomed to 141 for 0 inside 24 overs before Jadeja, playing because Dhoni wanted an allrounder bowling instead of part-timers, broke the opening partnership by removing Hafeez, and later dismissed the centurion Nasir Jamshed and Kamran Akmal within three deliveries. Pakistan sputtered on a slightly uneven pitch, which seemed to get somewhat difficult for batting as the balls got older.

It all started with an ungainly sweep from Hafeez, who till then, had timed the ball beautifully in his fourth century stand with Jamshed in nine ODI innings. Suddenly, all momentum seemed to drain from the innings. Ishant gave nothing away, bowling a tight line from the other end. And things began to work for India.

In Jadeja’s next over, Azhar Ali trotted out of his crease even as the bowler was appealing for lbw. MS Dhoni was alert enough to reach the ball and lob it back before Azhar could return. In the 35th over, just before the batting Powerplay was to be taken, fortune, and the sweep, struck for India. Younis Khan inside-edged Suresh Raina on to his pad, and was given leg-before. Pakistan were still strongly placed at 177 for 3, but after Misbah-ul-Haq departed lbw to R Ashwin in the first over of the batting Powerplay, they took just 26 off it.

Jamshed, struggling to time the ball now, still kept going. Jadeja was not done yet, though. First ball on his return in the 42nd over, he had Jamshed stranded way down the pitch for Dhoni to complete the stumping on the second attempt. Two balls later, he spun one away from Kamran Akmal for the thick-edged drive to fly to slip, a position Dhoni stuck to even at that late stage. Pakistan had soon lost ten wickets for 109 in 24.4 overs, scarcely believable numbers after their start.

Overcast Kolkata skies and his batsmen’s capitulation in swinging Chennai conditions had made Dhoni ask Pakistan to bat. To his dismay, the promised, prodigious swing didn’t show up. Dhoni’s bowlers still managed to restrict Pakistan, but his batsmen proved thoroughly unreliable, for the umpteenth occasion in recent times. —- By Abhishek Purohit- ESPN/Image © BCCI