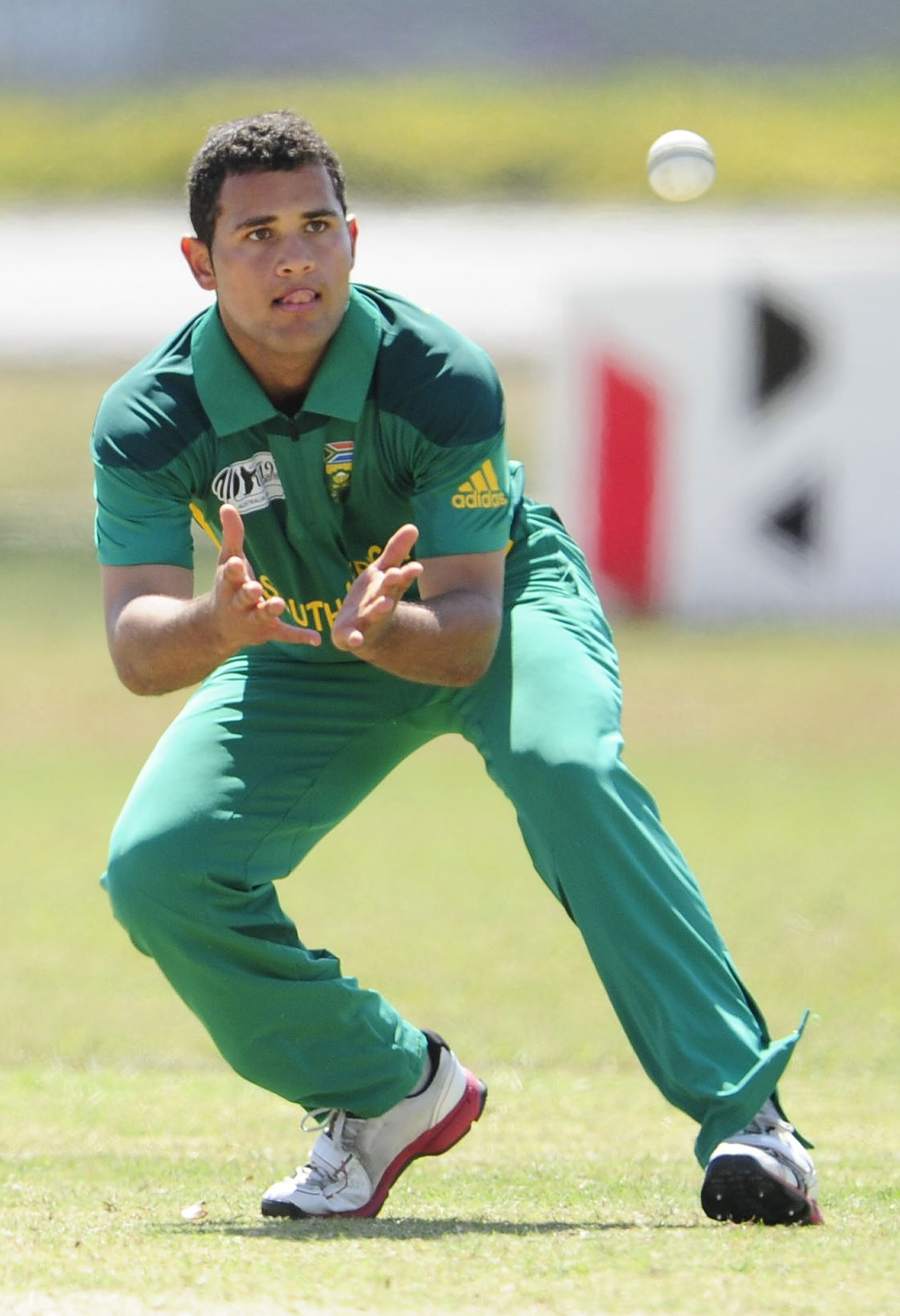 Brisbane, August 25, 2012: South Africa beat New Zealand by eight wickets to finish third at the ICC U19 Cricket World Cup 2012 on Saturday in the third-fourth position playoff at the Endeavour Park in Townsville. South Africa and New Zealand has earlier lost semi-finals to Australia and India respectively.

Batting first after winning the toss, New Zealand was bowled out for just 90 in 36.5 overs. South Africa chased down the target in just 14.4 overs to end at 94 for two.

Earlier, left-arm paceman Jan Frylinck (two for 18 off five overs), playing his second game of the tournament, started off well for South Africa. Frylinck snapped up New Zealand opener Ben Horne and number three batsman Will Young from successive deliveries, but was denied a hat-trick. The third-wicket stand of 28 runs between Joe Carter (20) and Robert O’Donnell (13) steadied the ship for New Zealand.

South Africa paceman Calvin Savage (three for 14 off four overs) broke the stubborn partnership, dismissing O’Donnell in the 11th over. Savage’s spell helped him earn the Player of the Match award.

Later leg-spinner David Rhoda spun a web around the New Zealand tail, picking up four for 26 off 9.5 overs.

In its chase, South Africa was well served by opener and wicket-keeper Quinton de Kock (50: 43b, 9×4) who got the side off to a brisk start. Left-arm spinner Theo van Woerkom (one for 34 off four overs) and Ish Sodhi (one for 17 off 3.4 overs) were the only wicket-takers for New Zealand.

In the end, South Africa ran home easy winners in just 14.4 overs and sealed the third position in the ICC U19 Cricket World Cup 2012. South Africa captain Chad Bowes was thrilled with the performance of his team.

“It was a clinical performance by the boys today,” Bowes said after the win. “It is never easy coming back after a defeat, especially in a semi-final, but the boys showed good character and a fighting spirit to come back with a strong performance.”

Bowes was particularly pleased with the chase.

“It is never easy chasing a small total,” said Bowes.

“It could have gone either way. We just went out there with a positive mindset. We put away any bad balls. Quinton de Kock got us off to a flyer and that helped our momentum.

“Once we felt that we were on top we kept pushing because we didn’t want to give them a sniff at any stage during the innings. The run-rate did increase and we just finished it off.”

Bowes said his team-mates will go back home with their heads held high after an impressive tournament in which they only lost once.

“I am very proud of the boys. We did hurt a lot after the loss in the semi-final as we all had a very good belief that we could go all the way in the tournament. I’m proud of the boys and the way they fought back. We can now go back home with a lot of pride.”