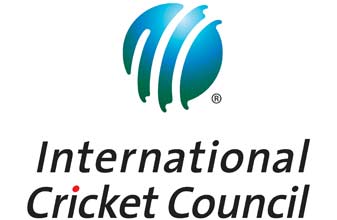 London, June 01, 2012: The ICC Cricket Committee held its annual meeting at the Lord’s Cricket Ground in London on 30 and 31 May. A wide range of issues were discussed during the two day meeting including:

The ICC Cricket Committee continued the important strategic discussions which are ongoing and have previously been held at the ICC Board and Chief Executive’s Committee (CEC).

• That there should not be an ICC World U19 Twenty20

Accordingly, the committee strongly believes that the ICC and its Member Boards need to proactively ensure that the attraction of international cricket is primary and not only maintained but enhanced.

At last year’s ICC Cricket Committee meeting, two changes to the ODI format were introduced. Teams were compelled to take the batting and bowling Powerplays between the 16th and 40th overs and were required to use two new balls, one from each end.

In addition, Members were encouraged to continue trialling innovations at domestic level which were aimed at making the 50-over game a more attacking one, both from a batting and bowling perspective, especially during the middle overs. They were also designed at improving the balance between bat and ball and to create an identity for ODIs distinct from the Test and Twenty20 formats.

The committee noted that whilst the use of two new balls had proven successful the shift of the Powerplays to between the 16th and 40th overs had made little impact. Following consideration of the trials conducted in Member countries, the committee agreed to recommend the following:

David Richardson, ICC General Manager – Cricket, said: “The changes will help enhance what is still an exceptionally popular form of the game. There is though a need to develop a strong identity for the 50-over game distinct from Twenty20 cricket.

“The committee was mindful of the need to avoid continual changes but was determined to complete the process initiated last year to enhance the format. It is now confident that these recommendations for ODI cricket, which showed its popularity during the ICC Cricket World Cup 2011, will help create an even more attractive spectacle as we approach the ICC Cricket World Cup 2015 which will be held in Australia and New Zealand.”

Competitiveness of Test and international cricket

The Cricket Committee received some encouraging statistics from David Kendix which demonstrated that over-rates are at their highest in five years in Test cricket and that the average frequency of no-balls has dropped sharply. There was also a reduction in high scoring draws and that spin bowlers were being deployed more often in all forms of the game.

Mr Kendix also highlighted that Test cricket is as competitive now as it has been for many years with five teams being separated by only eight rating points.

The view of the committee was that there was a need now, through the Targeted Assistance Performance Programme (TAPP) and the Future Tours Programme (FTP), to improve the competitiveness of some of the lesser performing countries.

Mr Richardson said: “There was a very intelligent and wide ranging debate on the competitiveness of Test Cricket. The overwhelming belief was that we had to assist the lower ranked countries to protect the enduring appeal of Test cricket.”

In an attempt to further improve over rates the committee also agreed that:

• No drinks may be brought onto the field of play other than at the official drinks breaks, including at a review/referral of a decision

• Any delays caused by the batting side will be deducted from the allowances granted to that team in the calculation of its over rate.

The committee carried out its annual review of the Decision Review System.

The Cricket Committee re-iterated its view that, depending on the ability to finance the technology, that DRS should be implemented universally in Test and ODI cricket.

The Committee heard that once again there was a significant improvement in decision making in matches where DRS was being used. In Test matches, the increase in correct decisions was 4.27 per cent and in ODIs was 5.01 per cent producing an overall improvement of 4.49 per cent to 98.26 per cent.

Following some concerns about the accuracy and reliability of the ball tracking technology, ICC engaged Dr Edward Rosten, a former Cambridge University lecturer and an expert in this field, to provide an independent evaluation of the accuracy of the two ICC DRS accredited ball tracking suppliers.

The committee was presented with a provisional report covering a review of ball trackings provided in the recent South Africa v Australia series. In the 14 examined sequences Dr Rosten said that his company’s results were in 100 per cent agreement with the ball tracking system in use in that series.

The committee also heard that the Hotspot developers have invested in new and improved cameras which are being used in the current England v West Indies series and, according to the host broadcasters, had provided much clearer and more accurate results.

Mr Richardson said: “The committee noted that the improvements in DRS technology and that DRS has almost totally eradicated player-dissent. This is an extremely beneficial side effect of the DRS.

“We have always said that DRS was there to assist the umpires in getting more decisions correct and eradicating the obvious mistakes. The statistics demonstrate that it has been effective in that objective. The committee re-affirmed this as the aim.”

The ICC Cricket Committee received reports of the ongoing trials and considered the reports involving the development and feasibility of using different colour balls in multi-day formats in day/night conditions. They also considered a report from John Stephenson of the MCC on the experiences of their annual games in Abu Dhabi, reports from Australia, England and Pakistan as well as spectator feedback.

Market research recognised that the appeal of day/night Test cricket might be better suited to certain markets, particularly India, New Zealand and South Africa, and the trials revealed certain cricket balls retained their colour and performed better than others.

It was also agreed that the trials at domestic level should continue.

The ICC Cricket Committee heard that a prototype sensor has been developed capable of producing data that can be worn during matches and would indicate whether or not the bowler’s elbow is being straightened during the delivery swing. The next phase of the project will involve the further development of the sensors and the validation of the data produced.

The committee noted the progress and confirmed its support for the project including the conduct of validation testing at the upcoming ICC U/19 Cricket World Cup 2012 in Australia.

In May 2009, the ICC Cricket Committee endorsed an MCC view that the switch-hit was an exciting shot which offered the bowlers a good chance of taking a wicket and thus one which should remain a legitimate part of the game. With the more frequent and skillful use of the switch hit, the Committee again considered the matter from the perspective of retaining a fair balance between bat and ball.

After a detailed debate involving a wide range of opinions, the committee decided to make no change to the current regulations but to request MCC to provide further direction on the matter following wider consultation with players and match officials.

The ICC Cricket Committee considered in great detail the proposal by Mr V.Jayadevan for his calculation of target scores (VJD) to be adopted in place of the current Duckworth/Lewis (D/L) method.

The committee expressed its complete satisfaction with the thoroughness and independence of the review comparing the two methods. The committee unanimously agreed that there was no evidence of any significant flaws in the D/L method nor did the committee believe that any improvements could be offered by the VJD method.

Therefore the committee decided to continue with the D/L as the preferred method of calculating target scores in reduced limited overs matches.

There was also a report from the inaugural ICC Curators workshop in Dubai. Recognizing the importance of quality pitches to the attraction of the game, the Committee supported the holding of regular workshops and the importance of all international venues having access to the necessary equipment for the preparation of top class facilities.

The committee also recommended that suspended players should not be allowed onto the field of play once a game has started as well as a stricter approach to the enforcement of the regulations covering substitute fielders. They also noted that there were still instances of non-strikers leaving their crease before the bowler has released the ball. They re-iterated that this was considered unfair play and that a bowler remains entitled to run out the batsman if he continues to transgress.

MCC representative (one) – John Stephenson (MCC’s Head of Cricket, and former England Test and first-class cricketer. MCC is the guardian of the laws of cricket)

The ICC Cricket committee is chaired by former West Indies captain Clive Lloyd and is administered by David Richardson, ICC General Manager – Cricket. It includes representatives of all stakeholders in the modern game, including players, coaches, match officials, the media, the law-makers (MCC) and statisticians.