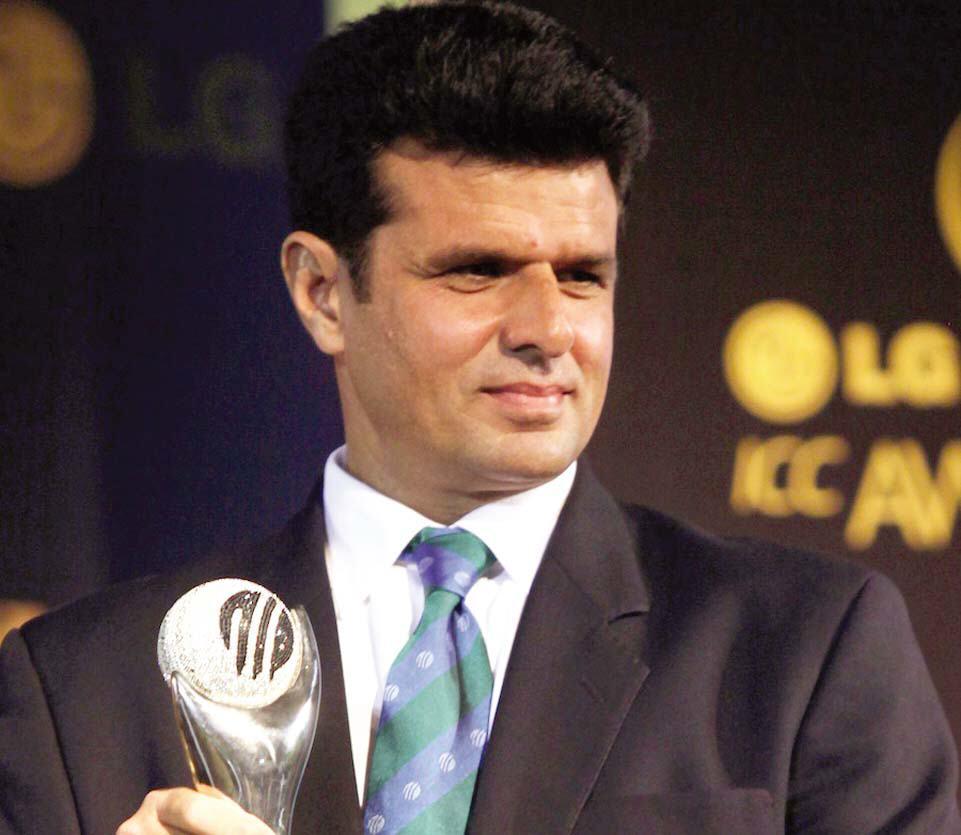 London, June 30, 2012: Aleem Dar of the Emirates Elite Panel of ICC Umpires was yesterday honoured for becoming only the seventh umpire in the history of the sport to officiate in 150 ODIs when he took the field for the five-ODI series opener between England and Australia at Lord’s on Friday.

To mark the achievement, Javagal Srinath of the Emirates Elite Panel of ICC Match referees presented a memento to the umpire at the post-match presentation ceremony.

The 44-year-old, who won the David Shepherd Trophy for the third successive year by winning the ICC Umpire of the Year award at the LG ICC Awards in London in 2011, made his umpiring debut in February 2000 when he umpired in an ODI between Pakistan and Sri Lanka in Gujranwala.

After being promoted to the elite panel in 2002, he officiated in his first Test between Bangladesh and England in Dhaka in October 2003.

Reflecting on his achievement, Aleem said: “I am honoured and humbled to join the exclusive 150-ODI club which includes some of the most respected gentlemen in this noble profession. To get to the landmark at the home of cricket in a match featuring the oldest opponents in the sport makes this occasion more memorable.

“I consider myself extremely lucky and fortunate to have been granted so many opportunities as well as having been given excellent support from the PCB, the ICC, and by my fellow match officials without whose continued guidance I would not have come this far. A special thanks to my family who have been extremely supportive over the years.”

View all posts by: Abdul Rahim
One Response to “Aleem Dar becoming only seventh umpire”