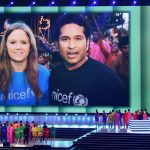 To mark the UN International Day for Sport for Development and Peace (6 April 2018), the Commonwealth Sports Movement and UNICEF are pleased to announce that more than 11.7 million children have been positively impacted by programmes across the Commonwealth; including more than 540,000 children across all regions of Scotland, the host nation of the XX Commonwealth Games four years ago.

In 2014, UNICEF and the Glasgow 2014 Commonwealth Games came together, united by a joint ambition to transform children’s lives in every Commonwealth country in time for Gold Coast 2018.

The initiative reached all 52 Commonwealth nations, raising over £6.5 million for programmes dedicated to children from across the Commonwealth.

David Grevemberg CBE, Chief Executive Officer of the Commonwealth Games Federation (CGF) said: “Today’s brand new report demonstrates that real change has been achieved, and that we delivered, and will continue to deliver, on our commitment to transform children’s lives in every part of the Commonwealth by Gold Coast 2018.

On this important day recognising Sport for Development globally, we also hope our work with Unicef can inspire and be a catalyst for others.

We are humbled by what has been achieved and must sincerely thank every athlete, supporter and spectator who generously supported this campaign, donated funds and shared our vision to put children first. We proudly aspire to be an international sport leader in Human Rights.

This is what the Modern Commonwealth is all about, it’s who we are.”

Mike Penrose, Executive Director of Unicef UK said: “This unique and daring partnership between Unicef and the Commonwealth Sports Movement, which continues to this day in the programmes for children we deliver across all 52 countries of the Commonwealth, has helped create a new normal for sport.

We now live in a world where athletes are increasingly driving change for their communities, where sport is harnessed as a power for good, and community legacy is becoming front and centre of global sporting events.”

A project between UNICEF Cameroon and the country’s Commonwealth Games Association (CGA) at Gold Coast 2018 aims to give a voice to all children with no birth certificate.

33% of Cameroonian children under the age of five do not have a birth certificate, meaning that every year one out of three children are excluded from their essential rights, including identity, education, nationality, and other social services.