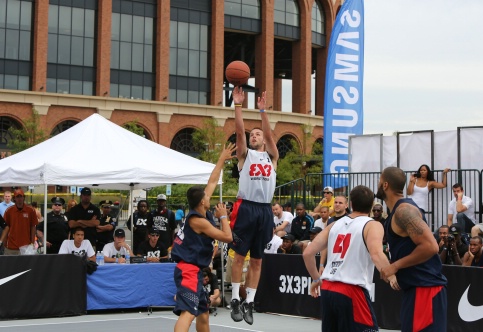 Thanks to FIBA’s collaboration with the Greater Miami Convention & Visitors Bureau, the climax of the 3×3 season will be brought to Miami Beach this year and for many more to come, making the city the 3×3 basketball capital of the world. It offers the perfect combination of city life and beautiful beaches, with the court as close to the ocean as can be. Playing in Miami Beach for a world title is a dream for every 3×3 player.

FIBA Secretary General and International Olympic Committee (IOC) Member Patrick Baumann said: “Miami Beach is the perfect location for the Final of the FIBA 3×3 World Tour. Like 3×3 basketball, it is young, sporty, beautiful and spectacular. The Greater Miami Convention & Visitors Bureau joins FIBA in believing in the immense potential of this rapidly growing discipline and FIBA is delighted to be teaming up with them.”

Separated into two pools of six, teams will face the five others in their respective groups, with the top to a standard knock-out bracket. The winner of the 3×3 World Tour final will pocket USD 30,000 of the total prize pot of USD 40,000.

There will also be a Samsung sponsored Shoot-Out and a Dunk Contest. Beyond the elite competitions, the Miami 3×3 World Tour Final will also include a number of kids-focused entertainment acts. More information about the 3×3 World Tour can be found in 3x3worldtour.com.

About FIBA and 3×3 basketball

Exciting, urban and innovative, 3×3 basketball is inspired by several forms of streetball played worldwide. Endorsed by FIBA, games see two teams of three players face off on a standard half-court.

It was played successfully for the first time in international competition at the 2010 Youth Olympic Games (YOG) in Singapore, while the first-ever FIBA 3×3 World Championships are currently taking place in Athens, Greece, while FIBA also organises a 3×3 U18 World Championship. —- FIBA