Shanghai, Mar 21, 2017: The official logo of the FIBA Basketball World Cup 2019 was unveiled at an official ceremony in Shanghai, China on Tuesday.

The logo draws its inspiration from the Beijing Opera, one of the most symbolic cultural icons of China. It showcases the legends of the strongest with the colourful facial make-up of the actors symbolizing characteristics such as wisdom, persistence, power and perfection – the exact qualities the participating players and national teams at the FIBA Basketball World Cup 2019 will need in order to succeed. 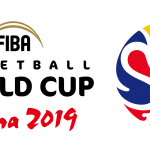 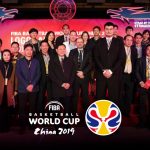 Each basketball game will be reminiscent of another Chinese cultural legend – the dance of two dragons. In a traditional Chinese Dragon Dance, the two flying dragons do battle in the quest for the “shining pearl”. On the stage of the FIBA Basketball World Cup 2019, the shining pearl will be the Naismith Trophy, the reward given to the newly-crowned world champions.

FIBA, the Local Organising Committee (LOC), CBA and FIBA’s partners used the occasion of the logo launch to get together for important meetings which were held in the Wanda Reign on the Bund hotel, a hotel operated by FIBA Partner Wanda.

Beyond the use of its extensive range of hotel properties, Wanda Group will support the promotion of the FIBA Basketball World Cup 2019 through its vast network to bring the world’s best international basketball event to the basketball fans in China. This partnership, which gives the Wanda Group the rights to all FIBA national team competitions from now on, was celebrated ahead of the Logo Launch Ceremony in the presence of Patrick Baumann and Wanda Culture Group President Lincoln Zhang.

The FIBA Basketball World Cup 2019 will be played from August 31-September 15 2019 and feature a record 32 teams. It will be staged in eight Chinese cities across five provinces – Beijing, Foshan, Wuhan, Shenzhen, Dongguan, Nanjing, Shanghai and Guangzhou.

Starting this November, 80 teams will compete in a two-year qualifying process to be among the 31 national teams joining the host country at China 2019, where they will battle for the right to be crowned world champions.

The next milestone on the Road to China 2019 will see the Draw for the FIBA Basketball World Cup 2019 Qualifiers take place on May 7 in Guangzhou. —- FIBA