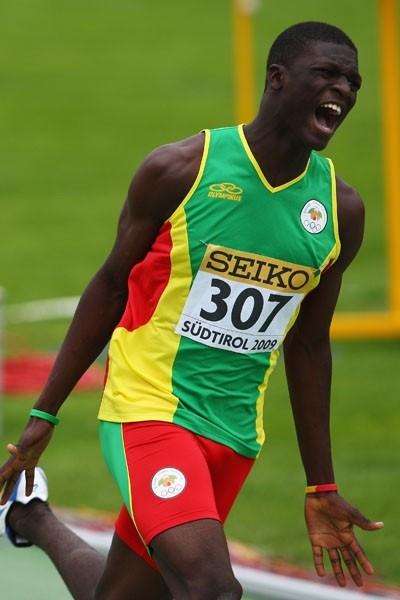 Monaco, July 05, 2013: A double gold medallist at the IAAF World Youth Championships is quite rare, but there are a few athletes who look capable of achieving that feat at this year’s edition in Donetsk, Ukraine on July 10-14.

Across the seven past IAAF World Youth Championships, there have been just six athletes to win two gold medals in individual events at the same championships.

The first of those came at the inaugural event in 1999 with China’s Hong Mei taking gold in the girls’ Shot and Discus. Both contests were close, too, as she only won the Shot on count-back as both she and silver medallist Natallia Mikhnevich putted 15.57m. Hong then won the Discus by a margin of just 35cm.

USA’s Jason Richardson was the star of the 2003 IAAF World Youth Championships. He dominated both the 110m Hurdles (13.29) and 400m Hurdles (49.91) before making just as big an impact off the track with his eloquent post-race interviews. Eight years after his World Youth exploits, Richardson became World 110m Hurdles champion.

That same year, a unique double was very nearly achieved by Ebony Collins. The US athlete won gold in the 400m Hurdles and was just 0.06 away from the same colour medal in the 100m.

It would be another four years before another double was achieved at the IAAF World Youth Championships, and two athletes accomplished the feat in 2009, both in the sprints.

Grenada’s Kirani James dominated the 400m, winning by almost one second in a championship record of 45.24. He then comfortably won the 200m in 21.05.

Britain’s Jodie Williams pulled off the same double that compatriot Aikines-Aryeetey did four years prior, winning the 100m and 200m. She won the 100m in 11.39, then took the 200m in a photo-finish in 23.08. Uniquely, the same three athletes won the same colour medals in both sprint events with Allison Peter taking double silver and Ashton Purvis double bronze.

On the subject of double champions, there have been two occurrences of athletes winning gold medals at two successive championships – a feat even rarer than winning double gold in one year. Russian race walker Tatyana Kalmykova and Hungarian hammer thrower Bianca Perie both won gold medals in 2005 at the age of 15, then successfully defended their titles in 2007.

Looking ahead to this year’s edition, there’s a handful of athletes who could potentially come away from Donetsk with two gold medals in their pocket.

US sprinter Ariana Washington leads the 2013 world youth rankings in the 200m and is second in the 100m, so could be in line to replicate Williams’ double from 2009. Likewise, Denmark’s Kristoffer Hari has posted impressive times in both sprints.

Washington’s team-mate Marlon Humphrey is a clear leader of the 400m Hurdles rankings and also features highly on the 110m Hurdles lists, making him a contender to repeat Richardson’s Hurdles double from 2003.

Australia’s Matthew Denny could become the first boy at the World Youth Championships to win two gold medals in the throwing events. He tops the Discus rankings and is a close second on the Hammer lists. —- IAAF/Picture © Getty Images