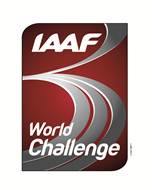 Monaco – Oct 24, 2012: Hans van Alphen of Belgium and Russia’s Tatyana Chernova were the overall winners of the 2012 IAAF Combined Events Challenge and will each receive a payment of $30,000 from the IAAF.

Propelled by victories in both Götzis and Talence, 30-year-old Van Alphen, who was sixth in the Challenge in 2011, tallied a total of 25,259 points. Van Alphen improved the Belgian national record to 8519 points in Götzis and later finished fourth at the Olympic Games.

Germany’s Pascal Behrenbruch, the 2012 European champion, was second with 25,117 points, ahead of Oleksiy Kasyanov of Ukraine, the European Championships silver medallist, who was third with 24,822.

Chernova, who also won the series title in 2010 and 2011, produced another consistent season capped by her 6774-point performance to finish second in Götzis. The 24-year-old, who took Olympic bronze in London, tallied 19,717 points in the series.

Ukraine’s Lyudmyla Yosypenko of Ukraine, who finished second at the European championships and fourth at the Olympic Games before ending her season with a victory in Talence, was second overall with 19,520. Antoinette Nana Djimou Ida of France, the European champion, was third, just ten points back with 19,510.

Athletes had to complete three competitions to be eligible to contend for the overall prize money, and in 2012 11 men and 14 women made the grade. In total 217 athletes completed at least one Decathlon or Heptathlon in the Challenge series.