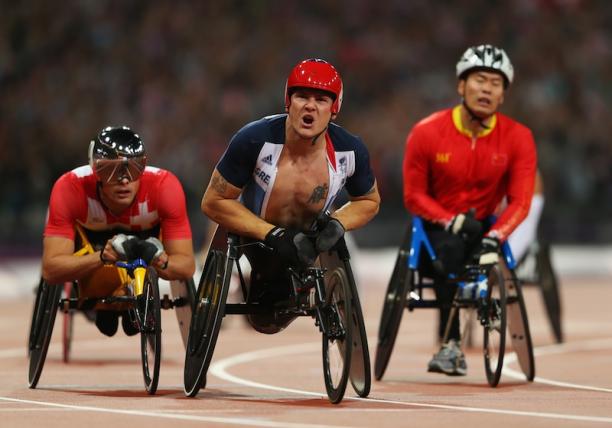 Germany, Mar 21, 2013: Swansea, Wales will stage the 2014 IPC Athletics European Championships, the International Paralympic Committee (IPC) has announced, the first time the event has been held in Great Britain.

Around 600 athletes from 40 countries will compete in the event which will be staged at Swansea University between 18 and 23 August 2014. It will be the first major international multi-day para-athletics event to be held in Great Britain following the London 2012 Paralympic Games.

The successful bid, submitted by Swansea University was based on a strong partnership approach involving the Welsh Government, the City and County of Swansea, Disability Sport Wales and British Athletics.

Xavier Gonzalez, the IPC’s Chief Executive Officer, said: “We are delighted and excited that Swansea will host some of the world’s leading and emerging para-athletes when it hosts the 2014 European Championships.

“This is another major event to add to the rapidly growing IPC Athletics calendar and will help build on the momentum of the London 2012 Paralympic Games, the most successful ever.

“The bid has promised to deliver a world class event by combining extensive expertise in the delivery of the high profile championship events with considerable knowledge in the management and support of elite athletes.

“After successfully hosting training camps for the Mexican and New Zealand Paralympic teams ahead of London 2012, we are confident that Swansea can host a hugely successful European Championships as well in 2014.”

Ed Warner, IPC Athletics Sport Technical Committee Chairperson, said: “Athletes want to compete in major events, and this European Championships will give some of this continent’s best and emerging athletes the opportunity to sample high level competition.

“At IPC Athletics we are capitalising on the success of London 2012 by building a strong pathway of events through to the Rio 2016 Paralympic Games and beyond.

“We now have World Championships in place through to 2017, a number of Grand Prix organised for 2013 and the first IPC Athletics Marathon World Cup set for this April in London.

“Swansea 2014 joins this growing list of events and we are optimistic that we will be able to announce the host city of the 2016 European Championships in the near future.”

Edwina Hart, Minister for the Economy, Science and Transport, said: “I’m delighted that all partners involved have been successful in the bid to attract the IPC Athletics European Championships to Swansea in 2014.

“Following the hugely successful London Paralympic Games, hosting the event will create another major opportunity to further develop the sport of athletics and the promotion of disability sport within Wales and the UK. The event will also generate a significant economic impact for the city and region as well as enhance Swansea and Wales’ international profile and reputation as host of major events.”

“Hosting this Championships will build on the phenomenal achievements of Welsh athletes at London 2012, as well as driving forward our legacy agenda and national programmes that we have developed over the past 10 years. We are committed to delivering an outstanding European Championships that the whole of Swansea and Wales can be proud of.”

Professor Richard B Davies, Vice-Chancellor of Swansea University, said: “Wales is a proud sporting nation and nowhere is that pride more evident than when it comes to Paralympic and disability sport. We look forward to delivering both a successful athlete centred Championship as well as a legacy that the whole of Wales and Europe can share and be proud of.”

In terms of World Championships, the 2013 event will take place in Lyon, France this July, in 2015 Doha, Qatar will play host whilst in 2017 London’s Olympic Stadium will be the venue. For more information on IPC Athletics please visit www.paralympic.org/athletics —- IPC