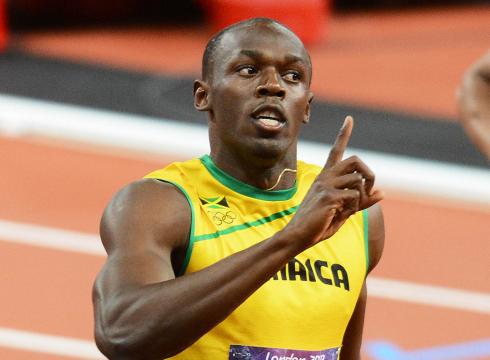 Monaco – Feb 26, 2013: Usain Bolt will compete in the 2013 edition of the Meeting AREVA, the ninth leg of this year’s Samsung Diamond League, in Paris on Saturday 6 July.

The Jamaican has confirmed his presence on the Stade de France track, venue of the 2003 IAAF World Championships. He will be taking part in the 200m, the final race of the evening.

The organisers of the Meeting AREVA have also confirmed the participation of two of the top stars of French athletics: sprinter Christophe Lemaitre and pole vaulter Renaud Lavillenie.

The former will challenge Bolt over 200m for a repeat of their 2011 encounter when the Jamaican just edged out the 2012 European Athletics Championships 100m gold medallist.

Lavillenie has enjoyed four consecutive victories at the Meeting AREVA, winning in each of the last four years. The 2012 Olympic and European champion’s best performance was in 2010, when he cleared 5.91m. This year, he again has in his sights the meeting record, which is held jointly by Ukraine’s Sergey Bubka and USA’s Jeff Hartwig with 6.00m.