By Nicola Milan, London, UK, August 14, 2017: Doha has become the next host city of the world’s third biggest sporting event following a momentous handover ceremony in the London 2017 Stadium, broadcast to a global audience as this year’s World Championships came to a spectacular end (Doha 2019 World Championships). 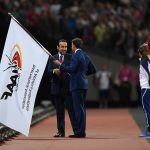 Doha will host the IAAF World Championships in Athletics at Khalifa International Stadium in two years’ time, bringing athletics’ flagship event to the Middle East for the first time in history. 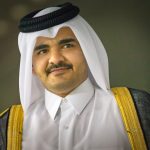 “Hosting global athletics’ flagship event is a natural next step on our historic journey.

We will work hard to combine our passion for athletics, our experience and knowledge of hosting major athletics events and our warm hospitality and rich culture to organise a unique, memorable and highly successful World Championships.

We will embrace this unique opportunity to introduce athletics to new audiences and new markets, inspire new athletes and capture the attention of new fans, ensuring that we maximise the full potential of our region’s first-ever World Championships. We cannot wait to connect the world of athletics in two years’ time.”

Qatar’s newly crowned World Champion, Mutaz Barshim, who earlier in the evening won gold for Qatar in the high jump, brought the flag into the London Stadium together with UK athletics superstar, Laura Muir to rapturous applause from the full-capacity stadium.

Images of Doha’s iconic landmarks and rich heritage were animated on the big screens giving the audience a taste of what to expect from Doha in 2019.

The flag was then handed from IAAF President, Lord Sebastian Coe, to President of the Qatar Athletics Federation and Vice-President of the Doha 2019 Organising Committee, Dr Thani Abdulrahman Al Kuwari before a Doha 2019 promotional film was played on the stadium’s huge screens, marking Doha officially becoming the next host city.

Speaking after receiving the flag, Dr Thani Abdulrahman Al Kuwari said:
“It is an absolute honour for Doha to receive the IAAF flag from London 2017 and host the next IAAF World Championships in Athletics. 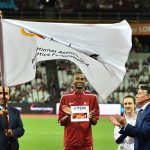 We congratulate London for hosting a phenomenal World Championships and we thank all their teams for their support and guidance over the last two weeks in transferring their knowledge and expertise to our teams.

We will rise to the occasion as we prepare to enter the next phase of our preparations to host the world’s third biggest sporting event.”

“We look forward with excitement to our visit to Doha in two years, not simply because of their commitment to sport in their country but because it gives us the opportunity to take our Championships into a region in the world we have never been to before and that is also important.

We need to continue to globalise our sport and it is the first visit to the Middle East for our World Championships. I know they will deliver a great event.”

The IAAF World Championships is the world’s third biggest sporting event behind the Olympic Games and FIFA World Cup.

The scale of the event is huge due to the number of athletes, countries and disciplines, with approximately 2000 athletes from over 200 countries competing for 47 gold medals.

A significant step in Doha’s progress towards the 2019 World Championships was achieved earlier this year when renovation works on Khalifa International Stadium were complete.

The 40,000-seat state-of-the-art stadium reopened in May 2017 following extensive refurbishment that transformed it into one of the most technologically advanced stadiums in the world, providing a stunning stage to showcase the very best of athletics to global audiences in 2019.

Doha’s significant progress in the development of athletics has been showcased at these World Championships with Mutaz Barshim stamping his name in high jump history, Abdelalah Haroun winning bronze in the 400m and 21-year-old Ahmed Bedeir finishing 10th in the javelin final against much older and more experienced competitors.

In addition, almost all Qatari athletes participating reached the final round of competition, ensuring that Team Qatar is performing at the very highest level.

The Doha 2019 World Championships provide an opportunity to create a springboard for further athletics development across Qatar and the whole of the Middle East.

Showcasing the contagious excitement of world-class athletics can capture the imagination of a new generation of young athletes and help them to see that it is possible to achieve the highest level of success. Speaking about the opportunity that lies ahead, Mutaz Barshim said: 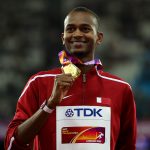 “This is my first big World Championships gold. I was so determined to win it. I was expecting it tonight so I am glad I managed to fulfil my target tonight. I now want to inspire the younger generation and for them to believe.

If I can do it, imagine how many others can do it. We need to make an impact and take athletics to new places and expand the sport that we love. Together we can defy gravity.”