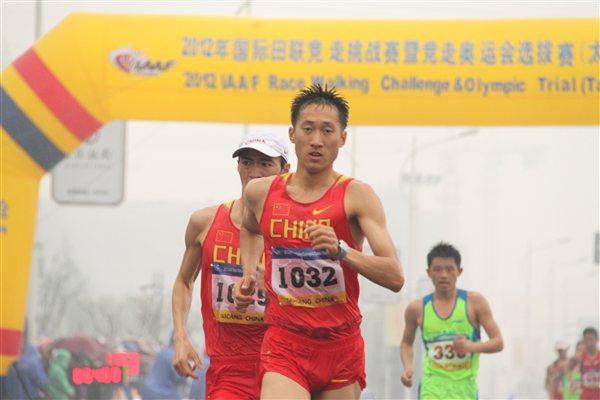 Monaco – Feb 20, 2013: The 11th edition of the annual IAAF Race Walking Challenge takes centre stage again after an exciting 2012 with the north Mexican city of Chihuahua and Hobart, Australia hosting the first two of the 14-leg series this weekend.

Host of the Mexican stop of the Challenge since 2008, including the World Cup in 2010, Chihuahua expects to witness another fierce battle between the home favourite walkers and their rivals from the rest of the world.

A new course will be used this year, changing from Unidad Deportiva Sur to a 2km loop on Paseo Bolívar. A busy Saturday starts with the 50km Race Walk at 7:00am, followed by the junior 10km and the 20km events for both men and women in the afternoon.

The race will be special to the Mexicans as it will serve as a qualifier for the Pan American Cup in Peru in June. The latter will help determine the team for the IAAF World Championships in Moscow. Due to the 18-hour time difference, events in Chihuahua and Hobart could almost be held concurrently.

On the other side of the world, the Tasmanian city is hosting the Oceania Race Walking Championships on Sunday (24). Three-time Olympic medallist and 2008 series winner Jared Tallent and his wife Claire will start as top favourites to win gold. Also in the men’s field is the 2007 IAAF Race Walking Challenge series victor Luke Adams.

The Chinese should continue to be major contenders this season. Led by 2012 Challenge winners Wang Zhen and Liu Hong, Olympic champion Chen Ding and London 2012 bronze medallist Shenjie Qieyang, they are expected to shine on home soil a week later Taicang, the third stop of the series and venue of the 2012 Race Walking Challenge final.

Playing host to the World Championships and the Challenge final in Moscow in August, Russia banks on Olympic champion and world record-holder Elena Lashmanova and World champion Olga Kaniskina, the 2011 series winner, as its top women.

Among the new faces to watch are Guatemala’s London silver medallist Erick Barrondo and Portugal’s Ana Cabecinha, second at the 2012 Challenge. 2009 World Championships bronze medallist Eder Sanchez carries Mexico’s best hopes to return to the podium in the Russian capital this summer.

The 14-leg series will travel to Asia and Europe, stopping by traditional Challenge hosting cities like Rio Maior in Portugal, Sesto S. Giovanni in Italy, Lugano in Switzerland, La Coruña in Spain, before ending at the World Championships in Athletics in Moscow.

The Challenge will stop in Africa for the first time in its 10-year old history when it visits Maurice, Mauritius for the continental championships on April 6. The most consistent athletes throughout the season will stand higher changes of sharing the $202,000 prize purse, including $30,000 for the winner. —- IAAF