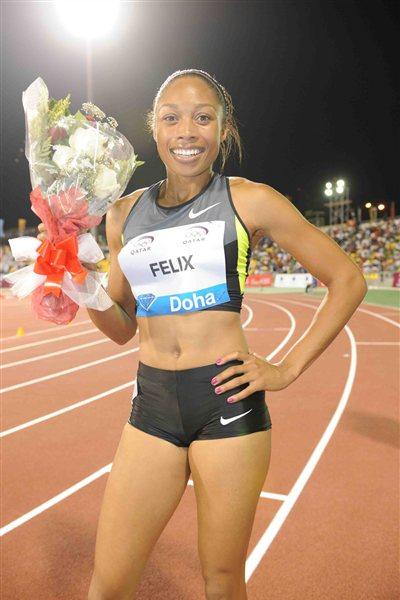 Monaco – May 07, 2013: An enhanced version of IAAF Fantasy Athletics, our popular fan game, returns for a new season in association with the2013 IAAF Diamond League, which begins in Doha, Qatar on Friday 10 May.

With 14 world class meetings held over 4 months across 3 continents, the IAAF Diamond League features the world’s best athletes across 32 different event disciplines competing to win their Diamond Race and, with victory, the status as the most consistent athlete of 2013 in their event.

There are exactly two weeks to go to the start of the 2013 season of the IAAF Diamond League which blasts out of its blocks on Friday 10 May in Doha, Qatar.

The IAAF Diamond League, which is entering its fourth season, is comprised of 14 of the best invitational track and field meetings in the world. The meetings are spread across Asia, Europe, the Middle East and the USA, and are the top tier of the IAAF’s global one-day meeting competition structure.

This series of 14 meetings, each offering prize money of 480,000 USD, showcases 32 event disciplines which are carefully distributed amongst the meetings.

In each of the 32 event disciplines there is a ‘Diamond Race’ with points available throughout the 14 meeting season.

Each of the 32 event disciplines is staged seven times with the top three Athletes being awarded the same amount of points at each meeting with the exception of the Final where the points are doubled.

The overall winner of each of the 32 Diamond Races will receive a 40,000 USD cash prize and a spectacular Diamond Trophy created by Beyer, one of the oldest and most respected jewellers in the world, which was established in Zürich in the 18th century.

Combine the individual meeting prize money with the Diamond Race cash, and the IAAF Diamond League is offering a total of 8 Million USD in prize money in 2013.

The IAAF Fantasy Diamond Race offers athletics fans the world over the opportunity to become directly connected with this global competition by demonstrating their knowledge of the sport and predicting which athletes will perform best at each of the IAAF Diamond League meetings.

Players have to identify nine athletes at each IAAF Diamond League meeting who they think will place highest in their events and, just as with the real-life Diamond Race, points are then awarded to those finishing in the podium positions.

As world stars of the sport like David Rudisha, Christian Taylor and Valerie Adams line up at the IAAF Diamond League meetings around the world, such as in Doha, Shanghai, New York, Zurich and Brussels, the players of the IAAF Fantasy Diamond Race will need to research athletes’ form, know the world-leading performances and look at the meeting records in order to score maximum points in their bid to become the 2013 Fantasy Diamond Race champion.

With prizes awarded for the players who amass the most points at each meeting, as well as for the overall Fantasy Diamond Race winner, the competition, just as out on the track and in the field, promises to be as fierce as ever. —- IAAF/ Image © Jiro Mochizuki