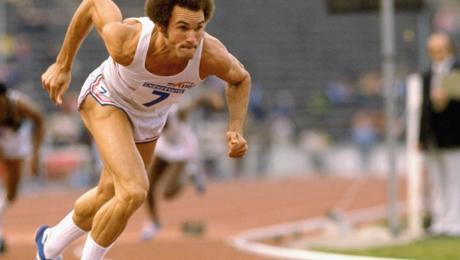 Monaco – June 11, 2012: Cuba’s Alberto Juantorena, the 1976 double Olympic champion and former World record holder, is the latest athletics legend to be named as one of the 24 inaugural Members of the IAAF Hall of Fame which has been created to mark the year of the IAAF Centenary.

The announcement of this honour comes upon the conclusion of the Ibero-American Championships in Barquisimeto, Venezuela, where the Cuban team won 8 titles and a total of 18 medals for second place on the medal table behind Brazil.

Juantorena holds the unique distinction of being the only man during the IAAF era to win both the 400 and 800m Olympic titles at the same Games, a feat he achieved in Montreal in 1976. Despite being a relative newcomer to the longer distance, Juantorena crossed the line with a 1:43.50 World record at the Games, a mark he further lowered to 1:43.44 the following year.

“It gives me the greatest pleasure on the closing of the Ibero-American Championships to announce the inclusion of Alberto Juantorena to the IAAF Hall of Fame,” said IAAF President Lamine Diack. “The 1976 Olympic 400 metres and 800 metres double created the Cuban legend of ‘White Lightning’ thanks to the powerful stride of ‘El Caballo’, the two famous nicknames of one of our greatest ever champions.”

Juantorena remains very much involved with the sport, serving as the President of the Cuban Athletics Federation and as a Member of the IAAF Council.

Click here to read Juantorena’s profile in the Hall of Fame Members’ section of the IAAF website – http://www.iaaf.org/mini/hof/Members/Members.aspx – and to discover the other inaugural members who have so far been announced.