Lausanne, September 5, 2014 – Dr Ching-Kuo Wu, President of the International Boxing Association (AIBA), announced this week that he will run in the AIBA Presidency election once again for the upcoming new term. After spending the last eight years at helm of AIBA, Dr Ching-Kuo Wu expressed his gratitude to all
Read More 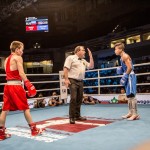 Lausanne, July 31, 2014: AIBA Pro Boxing’s (APB) 60Kg category of lightweight boxers truly attests to the notion that the groundbreaking and innovative new tournament brings together the premier performers in the world of boxing. The APB lightweight 60Kg division is a stunning collection of proven, hungry champions vying for Rio 2016
Read More
Istanbul – Turkey, July 17, 2014: AIBA Major Competitions, The International Boxing Association (AIBA) is pleased to announce the results of the bidding for AIBA’s major competitions to be held in 2015 and 2016, as well as for the Olympic Qualifying Events for the Rio 2016 Olympic Games. The host cities were
Read More
Istanbul – Turkey, July 16, 2014: WSB Season V draw produces, The official Group Draw for the World Series of Boxing (WSB) Season V took place today in Turkey’s largest city, Istanbul, at the International Boxing Association’s (AIBA) Executive Committee Meeting. Conducted over four stages, the draw for the new season initially
Read More
Lausanne, June 4, 2014: The International Boxing Association (AIBA) is delighted to present the logo for the upcoming AIBA Women’s World Boxing Championships, taking place on November 13-25 in Jeju island, Korea. This logo is subtle yet memorable, encapsulating the scientific aspect of this great sport, together with the distinctive memories that
Read More
Lausanne, May 23, 2014: The International Boxing Association (AIBA) is pleased to announce today, 85 days ahead of the Opening Ceremony, the final list of boxers that have qualified for the Nanjing 2014 Youth Olympic Games (YOG) to be held from August 16 until August 28, 2014. From over 500 boxers that
Read More
Sofia, April 21, 2014: The quarter-finals of the AIBA Youth World Boxing Championships took place today in Sofia, where the winners of the 52 contests secured a guaranteed medal in the event. This has been a competition of high quality so far, and today was no different, with countless contests enthralling the
Read More
Lausanne, Switzerland, April 14, 2014 – The first AIBA event of 2014, the Youth World Championships opened today in Sofia, Bulgaria with the winners of the bouts at Light Flyweight class (46-49kg) and Flyweight (52kg) advanced to the second round of the preliminaries. Bout of the day France’s Anthony Gimenez began his
Read More