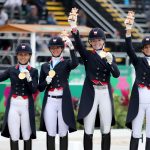 By Louise Parkes, July 30, 2019: Canada came out on top in a tight battle with the USA when the Team Dressage medals were decided today at the Pan American Games 2019 taking place at the Army Equitation School at La Molina in Lima, Peru (Canada Dressage team gold). The three-member US
Read More 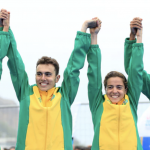 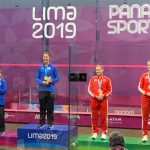 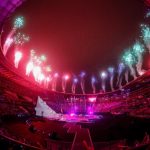 Lima, Peru, July 27, 2019 – For the first time in the history of the Pan American Games, Surfing and StandUp Paddle (SUP) athletes participated in the inauguration of the event at the festive Opening Ceremony on July 26 in Lima, Peru. 82 athletes representing 16 countries in the disciplines of shortboard,
Read More 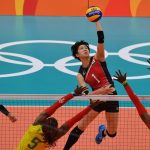 Lausanne, July 24, 2019: Lausanne, Switzerland, July 24, 2019 – The FIVB has promised a volleyball homecoming party one year from today when the sport returns to its Olympic birthplace, alongside beach volleyball, at Tokyo 2020 (Volleyball ready for Olympic). Volleyball first included in the Olympic Games at Tokyo 1964 and cemented
Read More 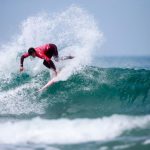 By Amelia Fisher-Starzynski, La Jolla, California, July 23, 2019: The world’s top surfers from the American continent are set to make their debut in the 2019 Pan American Games in Lima, Peru, where shortboard, longboard, SUP surfing and SUP racing will feature on the Sports Programme for the first time. Led by
Read More

Lausanne, July 23, 2019: ‘Athlete Centred Sport’ has unveiled as the theme of the International Federation Forum 2019, giving custodians of sport the opportunity to explore the game-changing benefits of putting athletes at the heart of their strategies. The International Federation Forum 2019, which organises for GAISF members and supported by the
Read More 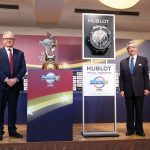 Tokyo, July 22, 2019: Approaching 100 days to the Opening Day of the year’s top major international baseball competition and Olympic qualifier, sponsorship and ticketing announcements were made on the second edition of the World Baseball Softball Confederation WBSC Premier12, which will feature the world’s Top 12 ranked men’s national baseball teams
Read More 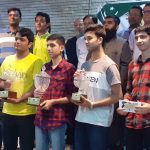 Karachi, Pakistan, July 21, 2019: The 31st Pakistan Scrabble Championship ended here today with 14 year old Hasham Hadi Khan maintaining his grip on the trophy through out and winning the title for the first time eventually winning 21 of his 27 games. Hasham Hadi Khan domination can be assuaged from the
Read More 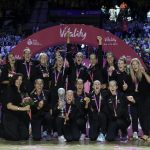 Liverpool, England, July 21, 2019: The Silver Ferns, whose last World Cup title came in 2003, took control of the contest late in the second quarter and didn’t give up their advantage as captain Laura Langman led her side to success with help from some superb shooting from Maria Folau and Ameliaranne
Read More