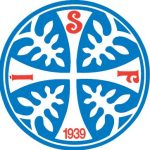 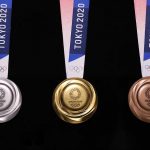 Tokyo, 24 July 2019 – The Tokyo Organising Committee of the Olympic and Paralympic Games (Tokyo 2020) unveiled the designs of the Tokyo 2020 Olympic medals today, exactly one year before the commencement of the Olympic Games Tokyo 2020 (Olympic Medal Designs Unveiled). The medal ribbon and case designs also unveiled. The
Read More 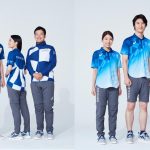 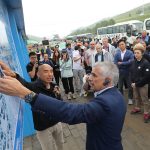 Lausanne, July 19, 2019: The fourth IOC Coordination Commission meeting (17-19 July) witnessed the significant positive impact made from creating opportunities for 300 million Chinese people to get involved in winter sport, as well as the benefits from the on-going implementation of Olympic Agenda 2020 (Beijing 2022 shows positive). “Beijing 2022 is
Read More 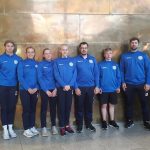 By Amelia Fisher-Starzynski, Tórshavn, Faroe Islands, July 19, 2019: The FCSOC has announced Faroese athletes in EYOF team to compete in the 2019 Summer European Youth Olympics Festival (EYOF), taking place in Baku, Azerbaijan from 21-27 July. This is the first time that any athletes from the Faroe Islands have competed under
Read More 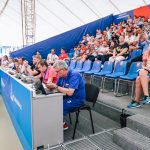 Belarus, July 8, 2019: When the Wall Street Journal dubbed Belarus the emerging ‘Silicon Valley’ of Eastern Europe three years ago, the small country with a population of 9.5 million, which was often overshadowed by its populous neighbouring states, knew it had to do something spectacular to live up to the hefty
Read More 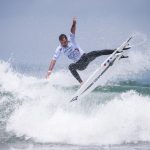 By Tom Lloyd, Lausanne, June 25, 2019: The International Surfing Association (ISA) is pleased and encouraged by today’s decision by the IOC (Surfing Paris 2024) Session to approve the inclusion of Surfing on the Sports Programme for the Paris 2024 Olympic Games, after a vote by its membership during the 134th IOC
Read More 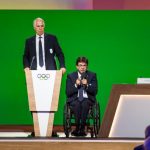 Lausanne, June 24, 2019: The International Paralympic Committee (IPC) has congratulated Milan Cortina 2026 Paralympics after they won the right to host the Olympic and Paralympic Winter Games. At the 134th IOC Session in Lausanne, Switzerland, on Monday (24 June), Milan-Cortina polled the majority of votes from IOC members, finishing ahead of
Read More 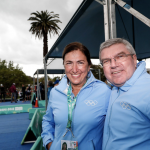 Lausanne, May 16, 2019: ITU is pleased to announce that President and IOC member ITU President Marisol Casado has been appointed by the President of the IOC as member of the Coordination Commission for the Games of the XXXIV Olympiad Los Angeles 2028. Ms. Casado is also an active member of another
Read More

By Amelia Fisher-Starzynski, Tórshavn, Faroe Islands, May 10, 2019: At the recent Faroese Confederation of Sports and Olympic Committee [FCSOC] General Assembly, a number of positives initiatives were unanimously agreed (New Gender Equality Targets). The first concerns approval of a new gender equality strategy that will see the FCSOC and its Member
Read More